It’s always a treat when staying near, or on the coast, to pop into a local fishmonger to pick up some of the freshest fish that you can get your hands on. We spent the second week of our Easter holidays staying near the Llyn Peninsula in North Wales. On our last day, we fancied picking up some fresh prawns from Llyn Seafoods for a simple supper. Had the spring weather been a little kinder, we would have most likely made some prawn skewers to throw on the barbecue. As it happens, it was a little rainy, so I made a big plate of whole wheat penne with prawns instead. 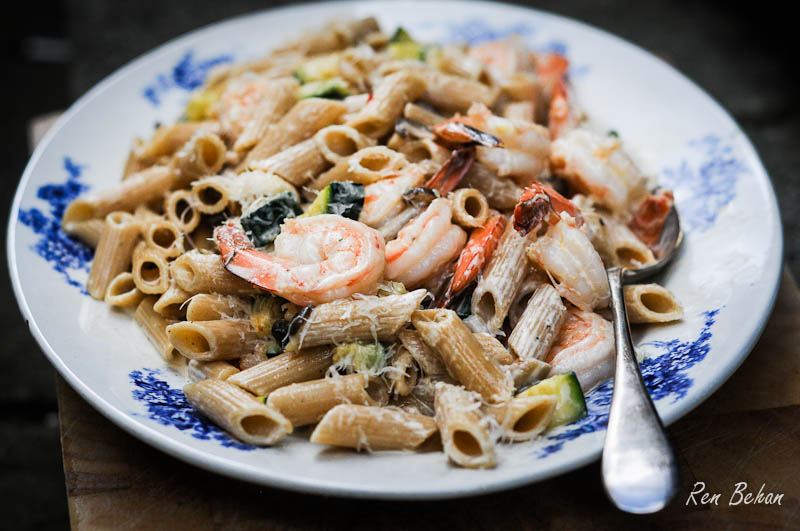 This recipe is very adaptable – if you don’t like mushrooms, don’t add them. You can swap the courgette for peas, or perhaps some asparagus, which should be coming into season in the UK towards the end of April. I added a tiny hint of chilli, but you could add more heat and also some fresh cream; it was our last day, after all. We’ve also switched to whole wheat pasta over white pasta, but any pasta works fine in this dish. Prawns take just a minute or two to cook in a hot pan – don’t forget the garlic and a little lemon zest to pick up the flavours.

As part of the Fish is the Dish #HealthyHappyHearts campaign, we’ve been making an effort to eat at least two portions of fish a week. Adding a handful of king prawns to a dish, such as pasta, a stir-fry or even a risotto is a great way to add extra protein and omega-3 to your diet and they are a great standby for the freezer as they are quick to defrost. 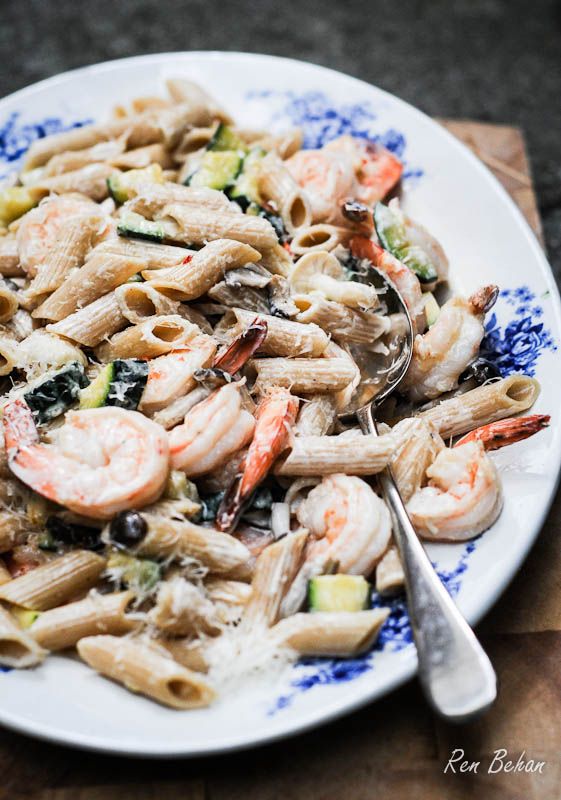 I’m adding this to Simple and in Season, as the prawns were fresh and in season – hosted here this month.

Don’t forget to join in! 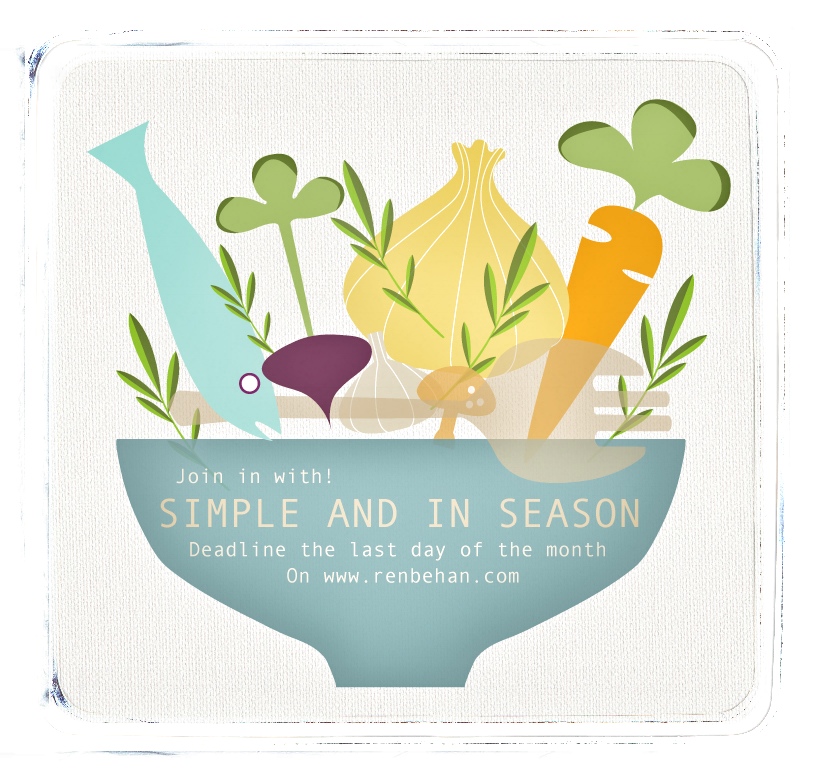 With thanks to Fish is the Dish for a voucher towards our fish for the week as part of the #HealthyHappyHearts campaign. You can also find some of the Healthy Happy Hearts Menus here and follow @FishistheDish on Twitter for more tips.

How were your Easter holidays?