I’m craving simplicity. Food doesn’t have to be complicated. In fact, the simpler a meal is, the more likely I am to enjoy it. Time is short and when we’re under pressure, cooking can seem like a chore. It’s probably why so few of us hold dinner parties any more. We think it will cost too much, or that we’ll have to somehow pull off a spectacular and unforgettable meal. It’s such a shame, as good friends and good food are two of the finest things in life and yet somehow, we complicate. During our recent holiday in Italy, one of the most memorable yet simplest of meals was in a small bar or Osteria called Cantina Diva on a back street in Bagno di Romagna. As we sat down, a big, round board arrived with some salami, bread, local cheese and local honey – “Formaggio e Miele”  was just about all I understood. There was no menu and the wine had no label. It sort of just appeared, and we ate. I so wish this was my local place to hang-out…Eating cheese with a spoonful of honey was also a revelation.

I often wonder, how much easier it would be to lay out a board of cheese, olives, and perhaps some cured meats, or even to bake a Brie or a Camembert and to serve it with a baguette, rather than leaning over hot coals, burning cheap sausages on a barbeque? I wonder why, in Britain, we don’t have more of an ‘antipasti’ culture or more of a ‘fromage et baguette’ habit. Perhaps we will catch on, particularly as we’re seeing more and more British artisan charcuterie and cheese producers springing up. Perhaps our equivalent is a picnic – although I don’t ever seem to get as excited over a Scotch egg or a ham sandwich.

My good friend Jessica and I simplified things recently. We baked some cheese, dipped in some bread and drank some red wine. She introduced me to her way of baking a Camembert (with fresh herbs from the garden, garlic, walnuts and honey) whilst I introduced her to my Italian friend; fresh Buratta. Burrata is a cheese made in Puglia, made with mozzarella on the outside and cream on the inside. I found some at my local Italian deli whilst pining for Italy. Jessica and I put the world to rights that afternoon, and all it took was some cheese. And Jessica knew about the cheese and honey thing. 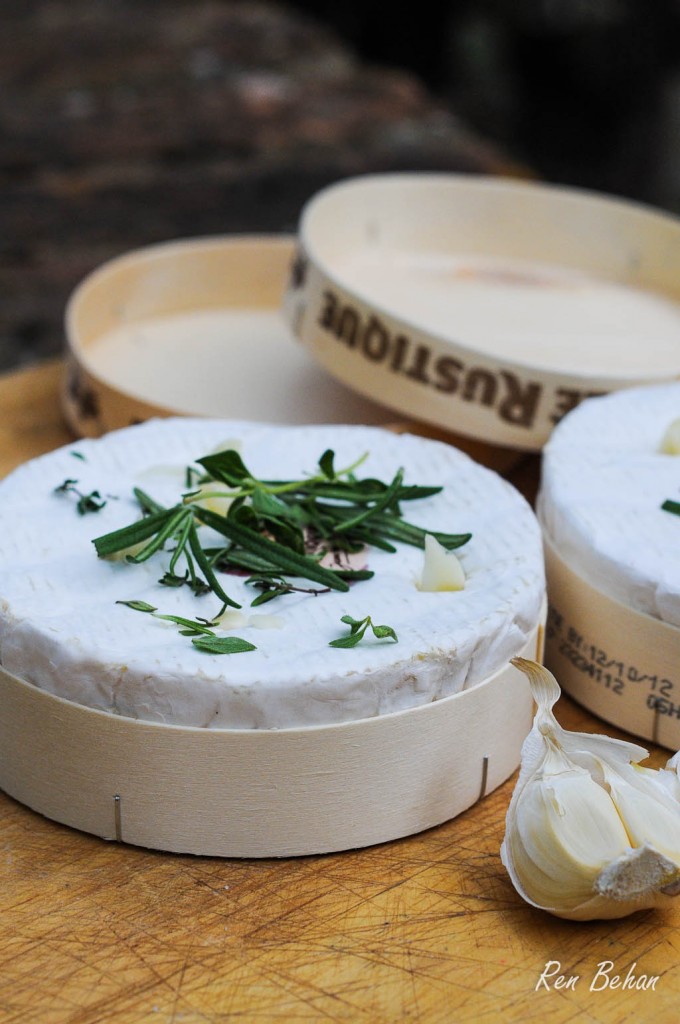 A recipe I also like is Jamie Oliver’s Beautiful Baked Camembert – with the added touch of spiking some bread onto rosemary sprigs and finely chopping some dried cranberries and mixed nuts to sprinkle over the top. The Antipasti of Mozzarella, Chilli and Lemon Crostini and the Grilled Marinated Mozzarella both look good, too.  My sister wraps her Camembert or Brie in filo pastry, with garlic and herbs, and bakes it that way – that’s next on my list of ‘ways to try eating oozing cheese’…Yes, I have such a list. 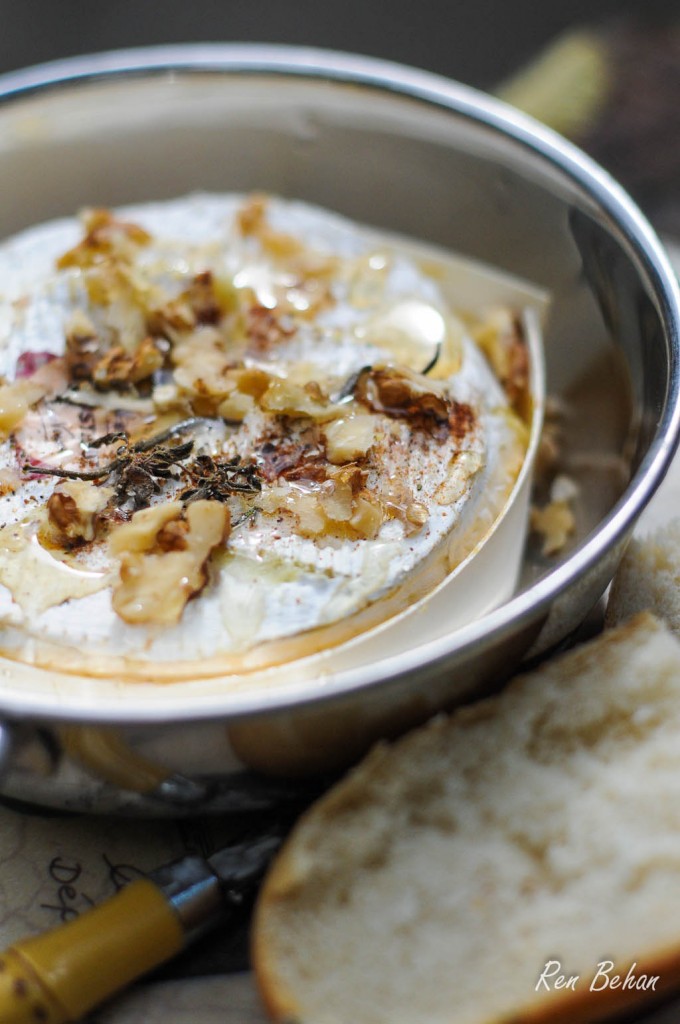 My cool and creamy Burrata was a nice contrast and also simple – just a drizzle of olive oil, some fresh mint and some grated lemon zest. The word “Burrata” actually means “buttered” in Italy – so get spreading! 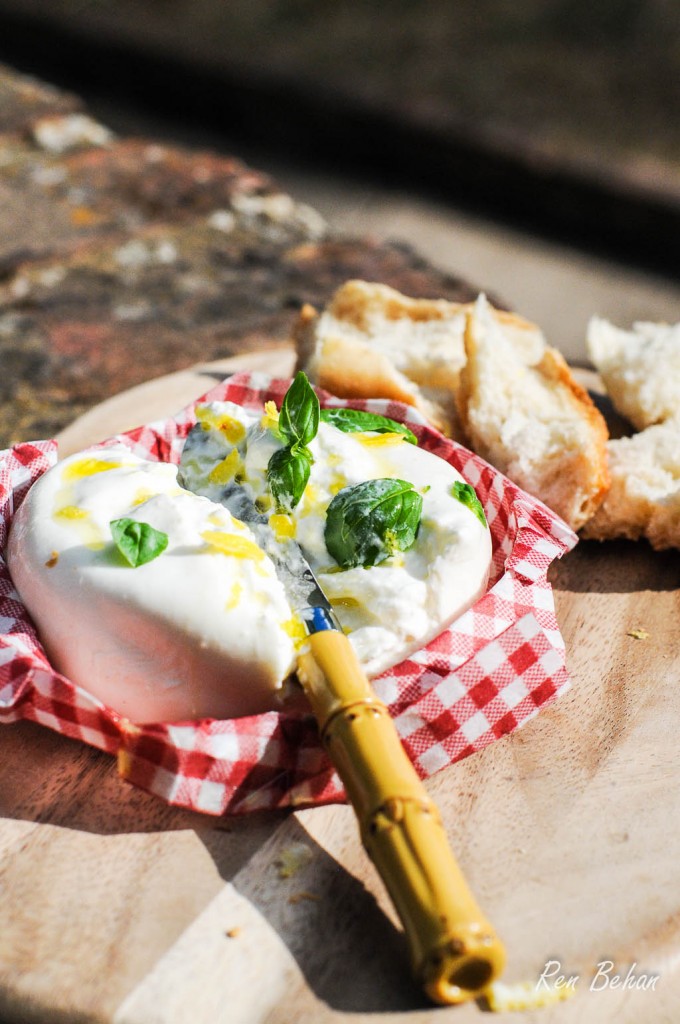 If you spot some Buratta, buy it, or try it, hopefully you won’t have to travel to Italy to find it. Or rather, hopefully one day, you will.

What do you crave when you want simplicity?

Ingredients, travel, thoughts my own.

Post-note – a few people have asked me where to buy Burrata in the UK. I’d always say check at your local deli, but Waitrose now have a version, also sold through Ocado, as do Laverstoke Park – handmade using fresh Buffalo Milk.