Quick update! Thanks to your votes and RT’s the English Strawberries won against @BigSpud’s Asparagus and made it into the hamper! Even better, I had also chosen a Welsh Sparkling wine called Glyndwr, which went into battle against Katie’s  Pommery Pop Union Jack Champage and the Welsh bubbles won, too! So, both will feature in Waitrose Best of British hamper, which you have a chance of winning via the Waitrose social media pages. Thank you!

The Queen’s Diamond Jubilee weekend is getting nearer and I am starting to get excited. I didn’t think I would at first, but I have to say, the patriotic displays filling our shops and supermarkets is quite inspiring. I love seeing the rows and rowns of bunting and it makes me really happy to see British produce being celebrated and showcased on such a grand scale. I have also been lured in by one or two pretty plates and cakes stands and have already been practicing my jubilee bakes…

I was asked by the  British supermarket Waitrose – suppliers to the Royal Household “By Appointment” – to chose my ‘Best of British’ Jubilee street party item to be part of a Jubilee hamper. My selected item will go into battle against another street party item live this morning at 9.30am on Twitter. My battle will last for 8 hours and I am up against @BigSpud (Gary Fenn) who has chosen the mighty asparagus. 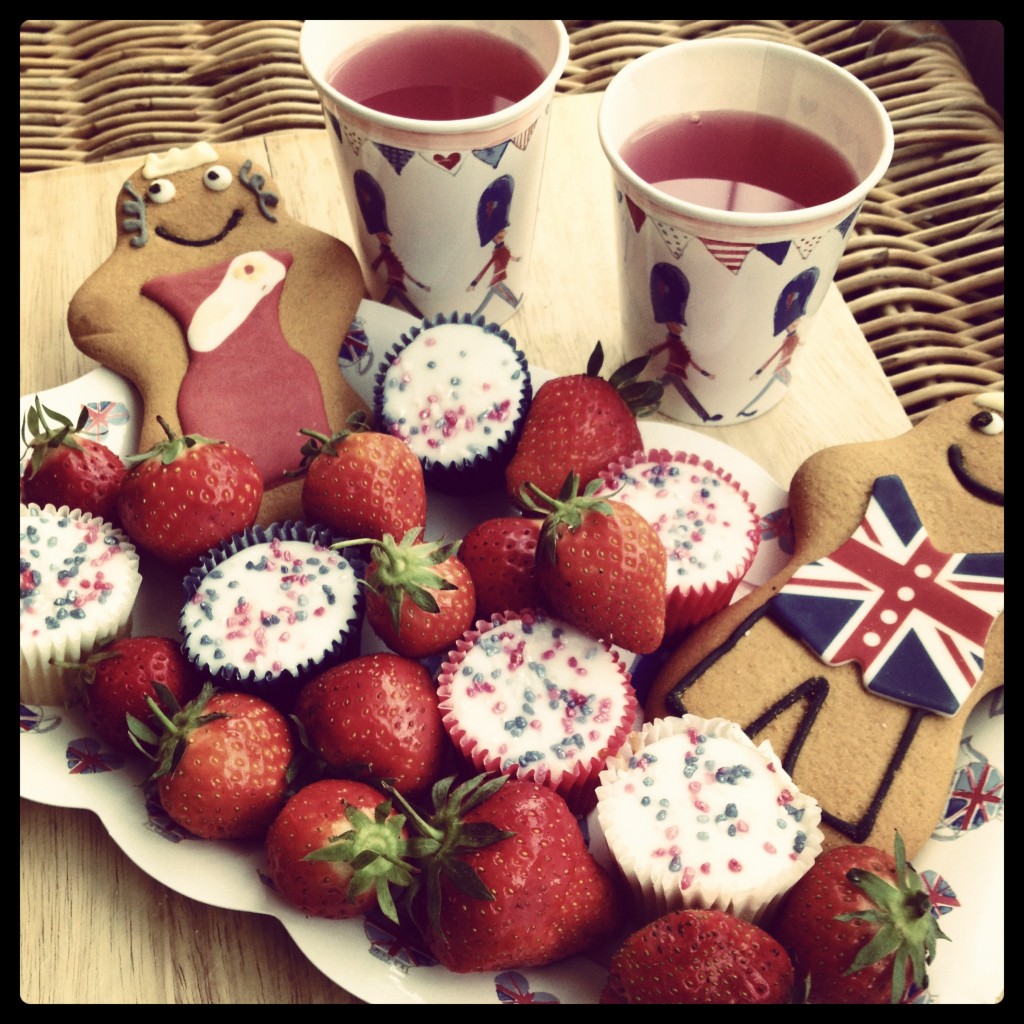 After much deliberation, I chose Tiptree English Strawberries as my ‘Best of British’ must-have street party item. I chose a food item, because whatever type of gathering you might be having over the Jubilee weekend I am sure that strawberries will feature. Perhaps you are planning a jubilee picnic and are serving strawberries and cream, or are making an Eton Mess, or a lovely big cake fillled with fresh strawberries or you might even throw a few into a nice large jug of Pimms. Strawberries brighten up any party platter and everyone from children to adults love them!

Tiptree English Strawberries are new season. I have always found them to be super juicy and they are farmed from a village farm in Tiptree. Tiptree are also By Appointment to Her Majesty The Queen so I hope HM would approve of my choice!

The winners will be narrowed down and there are battles every day until the top 20 items are selected via the @WaitroseUK twitter feed and the Waitrose Facebook page. There are also prizes to be won if you join in and vote/like/tweet!

So, if you happen to be on Twitter please join in and support my choice for English TipTree Strawberries to join the Waitrose ‘Best of British’ Jubilee street party hamper!

Disclosure: I was sent a Waitrose goodie bag containing some Jubilee items to try and use. The Jubilee cupcakes, gingerbread men and cups formed part of the goodie bag. The strawberries were my own choice and purchase.