St Albans is fast becoming a city known for good food, as evidenced by the annual St Albans Food Festival, which will soon be in its sixth year, along with three independent restaurant listings in the 2013 edition of The Good Food Guide. Although there are a growing number of ‘award-winning’ restaurants in St Albans, flying the flag for sustainability and ethics is Lussmanns Fish and Grill, located at the foot of our Cathedral and Abbey of St Albans. Eager to find out what really matters to diners and, crucially, what makes them keep coming back, I sat down with local restaurateur, Andrei Lussmann, to find out some of the secrets to his success. Along the way, we sampled some of the most popular dishes on the Lussmanns’ menu whilst I found out a little more about Andrei and his solid restaurant ethics. 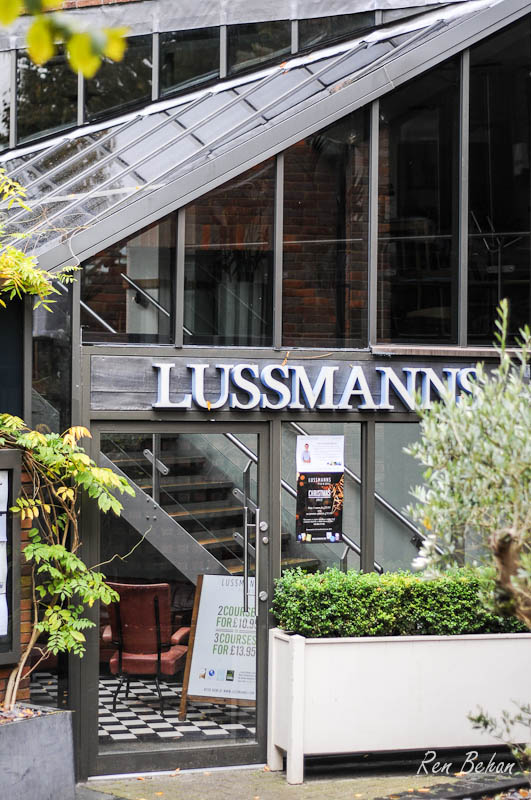 There can be no doubt that there has been a sudden flurry of interest in the market town of St Albans. We’ve started to see a regeneration of sorts, with plenty of new restaurants taking up residence, working hard to keep diners interested and talking. Of course, popularity swiftly attracts investment from chains, with Jamie’s Italian and Brasserie Blanc being just two of our most recent additions, involving costly and challenging restoration projects in both cases. With competition so high, how do you compete and how to you stay relevant and attractive to a customer? Is it about the name, and the money behind it, or is it about what you stand for?

Andrei Lussmann has been a Hertfordshire-based restaurateur since 2004. With a background in the hospitality industry and having moved to St Albans from London, he is the owner of two independent sites, Lussmanns Fish and Grill Restaurants in St Albans and Hertford. His restaurants have won him a string of awards, which no doubt help in some way to fend off the allure of the rapidly rising rate of other restaurant chains on his doorstep.

Part of Andrei’s success is the ability to very clearly pinpoint what diners can expect when they visit. As set out on his easy to navigate and up-to-date website, “We are the locals’ fish & grill restaurant, championing the best welfare-driven British producers and suppliers, and dedicated to looking after all the family.” 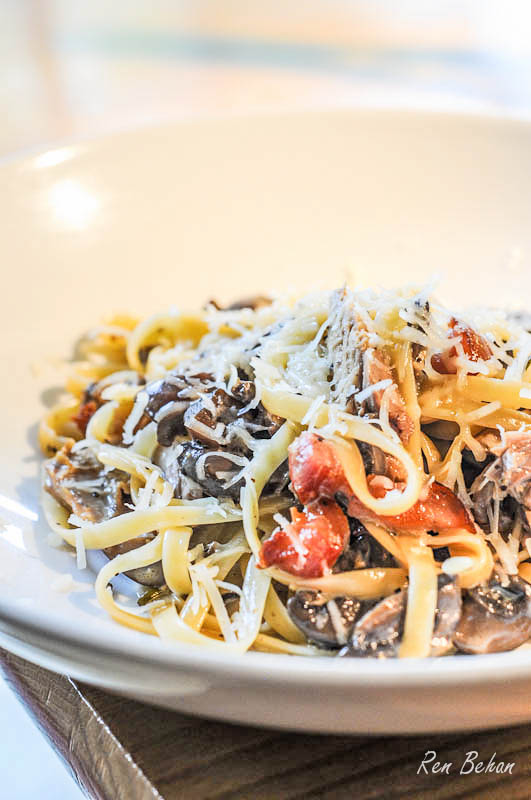 He also has a strong and dedicated self-imposed mandate – to promote the British pound with the additional aim of keeping that pound as local as he can. To him, this means sourcing British-based products from small producers, where possible, using the produce available on his doorstep, if they meet his standards. This very often involves meticulous sourcing methods and visits, to farms and suppliers in the locality. Localism, to Andrei, means keeping to within a particular region rather than within specific radius. So, for example, he selects his chicken from Ware, on the Hertfordshire/Essex border, because he believes he can’t get better welfare. He once tracked down a very local supplier of pork on a large estate, but in his view the welfare wasn’t as high as he could find over in Sussex, still “a regional player”. As far as organic food is concerned, Andrei’s view is that whilst sourcing organic food is important, it is possibly not as relevant as “being able to demonstrate localism or high welfare”.

It is his attention to detail when sourcing produce for his menus that led Lussmanns Fish and Grill to win the Independent Restaurant category of the RSPCA Good Business Awards in 2012, for the second year running. Andrei is keen to state, on his menu, exactly where his food comes from – an enviable and unique selling point. A quick, taste-bud tickling glance reveals a Cotswold Wild Boar Chorizo, Sussex Free Range Saddleback Pork (delicious, I can confirm, as was the Wild Rabbit Linguine) and a selection of house desserts, with the occasional ‘guest pud’ from The Pudding Stop. Menus are always being updated with the seasons.

When it comes to sourcing seafood, Andrei takes his responsibility as a restaurateur equally seriously. In season, the Norfolk coast provided Andrei with, “the best mussels he’s ever had!” On the menu currently, you’ll find Wild Black Bream, Line-Caught Pollock and South Coast Devilled Sprats, cleverly taking the hard work of keeping on top of sustainability issues away from the diner, whilst supporting a wider and significant cause. You can feel good about eating here; that’s the key. 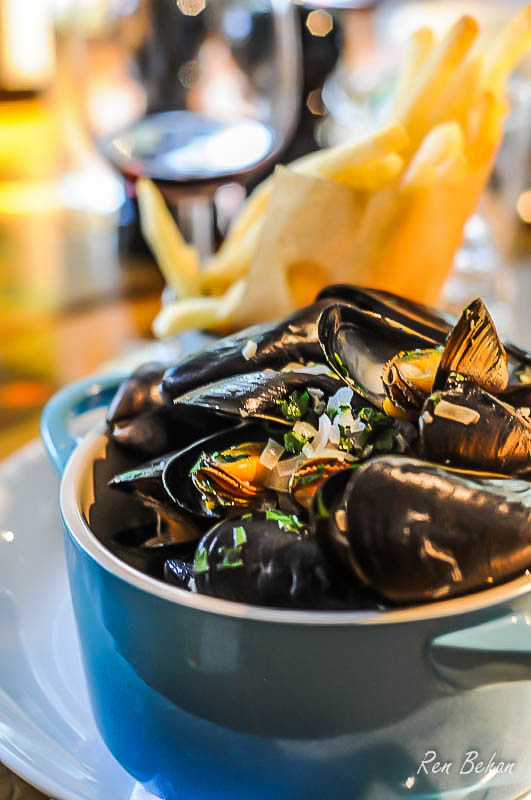 But do awards for sustainability, greenness and ethical sourcing translate into customers, or does it take more than that to stand out in a crowd and keep those tables turning?

Andrei is realistic and he fully accepts that there’s “no point in being a passionate advocate with values if you won’t be here to fly the flag in a week’s time” and that “a quiet narrative of what you stand for is everything, without being on a political tirade”. According to Andrei, it is all about “refined marketing”. For him, “the story is important when done in a sympathetic way”. It has taken him a long time to feel confident about having strong values as a restaurateur without “being on a political march”.

Another critical asset is Andrei’s desire to improve, which never ceases. Competition, he says, only “sharpens the pencil. We become better”. Narrowing the gap between chains and independents is important too, which is why Andrei offers a quarterly changing set menu (two courses for £10.95, three courses for £13.95) alongside his a la carte and specials menu. Menu options for his junior customers include high-welfare, free-range chicken schnitzel and English artisan ice-creams for dessert, so he’s raising the bar and educating the taste buds of his youngest diners, too.

Andrei always has a strong local presence and is keen to get on board and support local events, keeping on top of food trends as well as local demand. This year, at The St Albans Food Festival, alongside cookery demos, he offered a Lussmanns ‘pop-up’ on the high street, complete with hay bales and the same standard of slick and attentive service as indoors. Lussmanns Fish and Grill also beat off stiff competition for the title of Best Local Restaurant for a second time at the St Albans Food & Drink Awards, as well as receiving its fourth listing in The Good Food Guide. 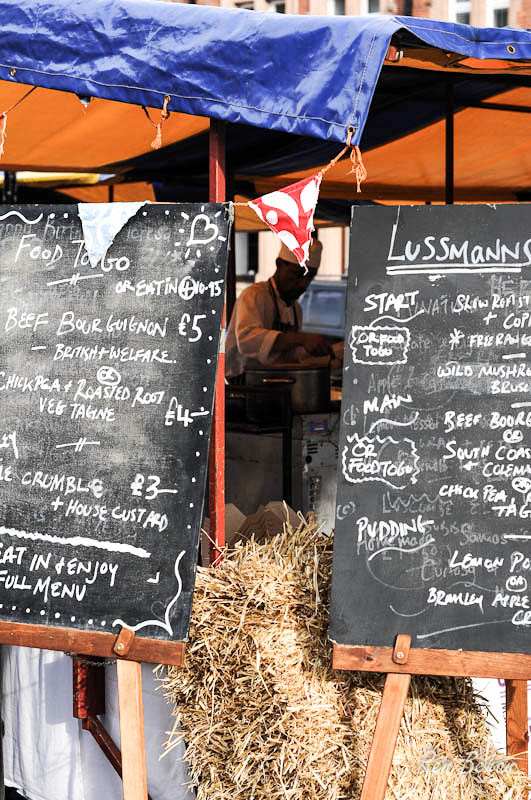 Andrei doesn’t stop there either. He offers outside event catering and themed dinner evenings. For example, in March, Lussmanns will be hosting a series of ‘Film Dinners’ to support the first St Albans Film Festival whilst continuing to highlight issues of importance, with guests from The Blue Marine Foundation, The RSPCA and The Sustainable Restaurant Association (SRA) – two birds, one stone.

As well as all this, he’s turning his attention to supporting British micro-breweries by increasing his British beer list by 100%. In an article for the Herts Ad by Roger Protz, Andrei explained how he’d like diners to “treat Britain’s national drink with as much respect as wine”. Sourcing good quality, local beer also holds the respect of the SRA “since craft brewers buy malting barley and hops from home-grown suppliers and avoid the cheap substitutes such as rice and corn used in mass-marketed brands”.

So it seems there is plenty to keep busy with. By standing up for what he believes in, Andrei continues to demonstrate that he is a strong pillar of our local St Albans community. He is a force to be reckoned with, leading the way in our foodie revolution, placing St Albans firmly on the map.

The chains do what they do, affordable food in a generic environment, but our independent eateries are shouting much louder and there are many reasons for customers to keep coming back. In this particular case, the Lussmann’s name, with its growing collection of accolades and endorsements, stands for much better quality than a celebrity name over the door with little to support the hype. 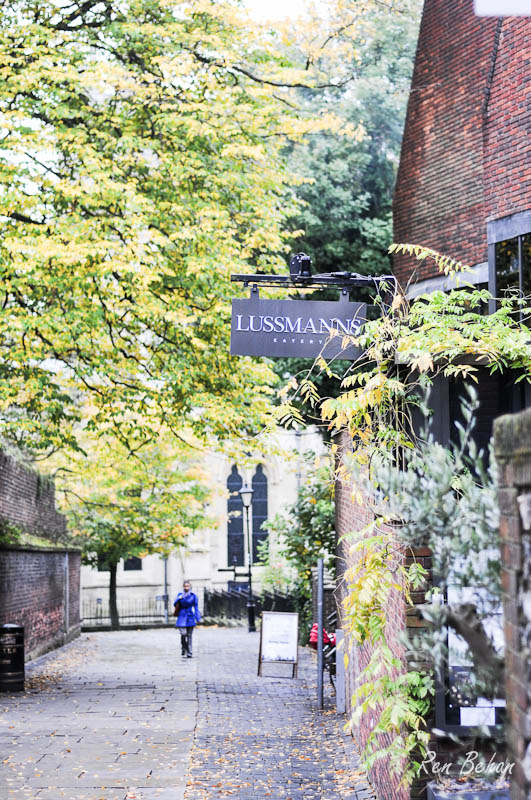 I was a guest of Lussmanns on this occasion, there was no expectation of any review or write-up. Opinions my own.

Seasonal in St Albans, my blog for Herts Life

What makes a restaurant worth going back to, in your view?