This Sunday, the St Albans Food and Drink Festival 2012 drew to a close, as many of our vivacious local food and drink businesses, restaurants, cafés and bars came together during the festival finale. St Albans has never before played host to quite so much street food and general merry-making!

The festival, organised by the St Albans City and District Council for the fifth year now, offered a host of activities over 12 days. Opening on September 26th 2012 with the CAMRA St Albans Beer Festival, foodie-themed celebrations also included a Gourmet Night in aid of local charity Grove House, a Food of Life photography exhibition, a Young Chef of the Year contest, the St Albans Food and Drink Festival Awards ceremony, meal deals and the festival finale itself. 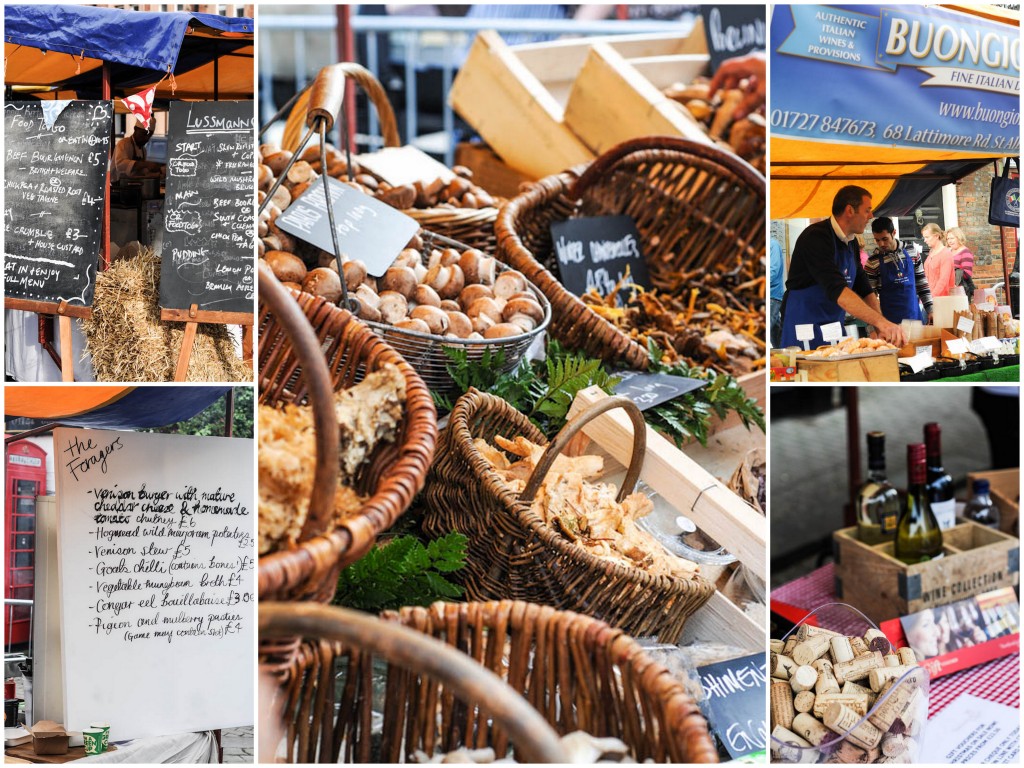 On 4th October 2012 our local businesses, restaurants and producers were celebrated at the St Albans Food and Drink Festival Awards held at St Michael’s Manor.

Five of our very best restaurants fought it out to achieve the accolade of Best Local Restaurant. The nominees were L’Italiana, Lussmanns, The Foragers at the Verulam Arms, The Lake at St Michael’s Manor and Veer Dhara with Lussmann’s Fish and Grill retaining the coveted title.

Two other young and local entrepreneurs were successful in winning awards, too. The Pudding Stop won Best Local Gem ahead of also being a finalist at this year’s BBC Radio 4 Food and Farming Awards in the category of Best Street Food/Take Away. Good Luck Jonny! Lucy Clark at Heaven is a Cupcake also won the Kate D’Arcy Award for Exceptional Customer Service at the Awards night, too. 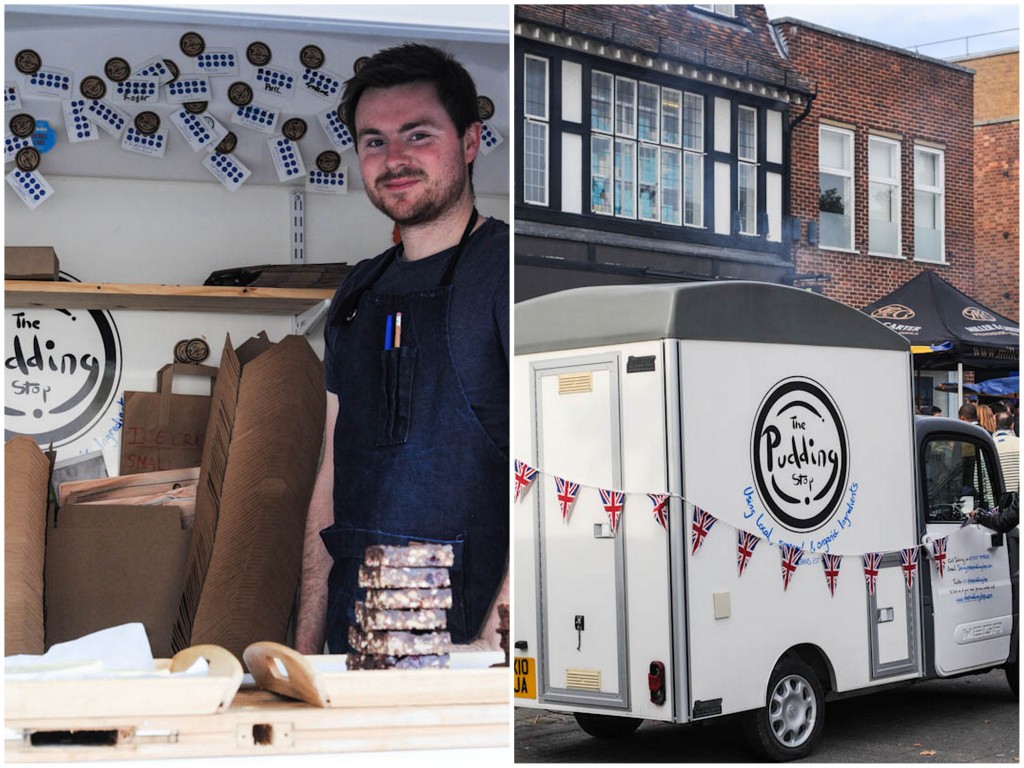 Over forty stallholders took to the streets for the finale on Sunday, offering a warm and friendly welcome to old customers as well as extending an inviting hand to new ones. Starting from one end of town at the foot of our enchanting Cathedral and Abbey of St Albans, newcomers Bakehouse hosted the first Great St Albans Cake-Off, with music and festivities continuing right the way through town along St Peter’s Street.

Also on offer were cupcakes, baked goods and jams, including sweet treats from Dixie’s Cupcakery, Heaven is a Cupcake, The Pudding Stop, St Albans Bakehouse and Sweet Lilly. A particular highlight was the huge wild mushroom stall by Carluccio’s – a festival in itself. On hand to give advice on wine was David Rough from The Hertfordshire Wine School. A little further along, Tony and Dario from local delicatessen Buongiorno Italiana charmed customers with Italian food, whilst restaurateur Andrei Lussman mingled with his customers at his impressive Lussmans Fish and Grill pop-up.

The barbecues and hot plates were sizzling with food including British bangers, Carribbean cuisine, Cypriot, Indian and Italian delicacies. There were also live cookery demonstrations at the theatre throughout the day by local chefs.

All in all, there was definitely a celebratory air to the festival finale, with local businesses showcasing exactly what they have to offer to a discerning and food-loving crowd. It reminded me of how incredibly lucky we are to live in a city where really good food is not only celebrated during the St Albans Food and Drink Festival, but is continually showcased, encouraged and improved upon throughout the whole year, too. 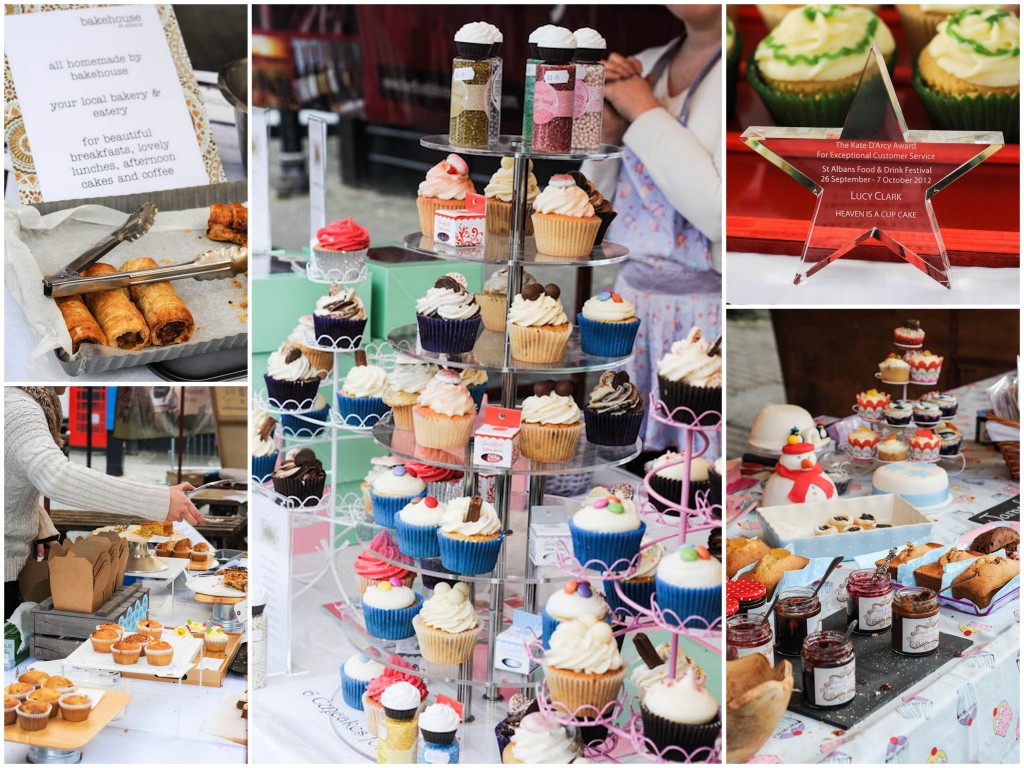 For more information on the festival and news about next year’s event follow St Albans Food and Drink Festival on Facebook or on http://twitter.com/St_Albans_FADF

For more local produce and street food throughout the year, you can visit the St Albans Farmers’ Market on the 2nd Sunday each month, from 8.00am to 2.00pm.