I’m delighted to be highlighting a London-based British gourmet food supplier once again, called Forman & Field, founded by Harris Forman & Sons in 1905. The family first began producing London-cured smoked salmon, based on the same methods as those brought over by Eastern European immigrants when salmon was imported from the Baltic in barrels of brine.  The salmon smokers of the time soon switched to smoking Scottish salmon, found fresh at Billingsgate market. Since 1905, H Forman & Sons have used only the highest quality raw salmon, lightly salting it and lightly smoking it in oak smoke. Sticking to the very same method across four generations, H Forman & Sons’ smoked salmon can now be found gracing the tables at Claridges and at The Savoy. So, if you are looking for exceptional quality – away from mass produced smoked salmon or the heavier flavours of smoked Scottish salmon, I can highly recommend buying your smoked salmon from Forman & Field online.

Since my family are of Polish descent, we begin our celebrations on Christmas Eve with a twelve course supper, involving plenty of smoked salmon, other smoked fish, seafood and of course, herrings.  So, essentially, I know a good bit of salmon when I taste it. I sampled the H Forman & Son Grade One Gravadlax Selection, which included Original (dill) Gravadlax, Beetroot Gravadlax and a Wasabi Gravadlax. Having once cured my own salmon with beetroot, I know that it takes quite a bit of time and effort to prepare, so I was grateful to have such high-quality Beetroot Gravadlax delivered to my door! 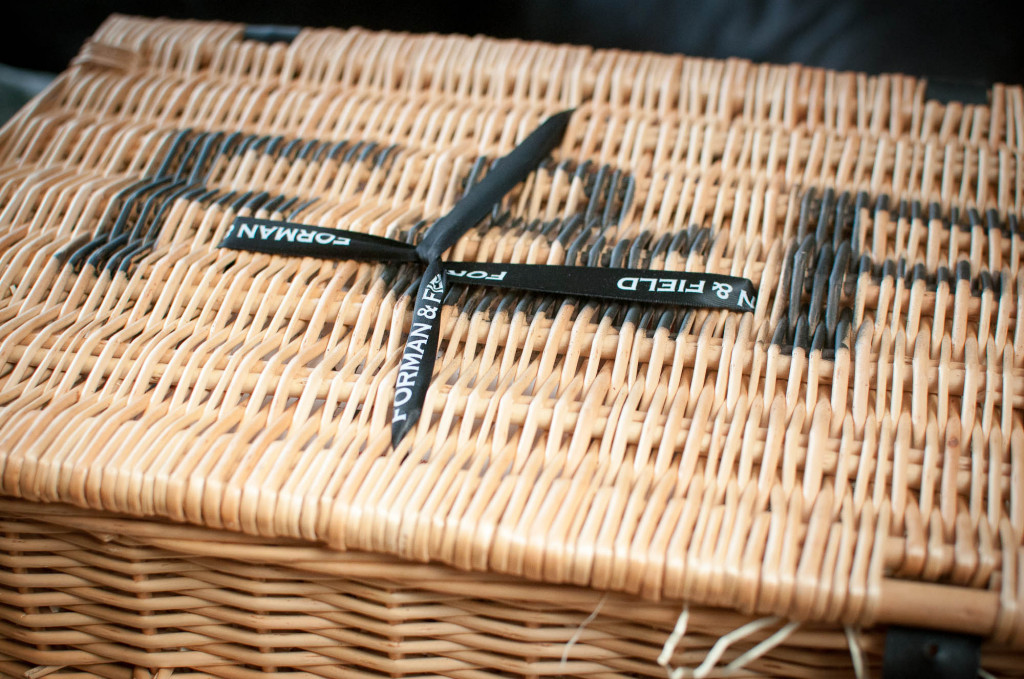 Aside from the Gravadlax selection, the Hamper for Two I received was bursting with goodies of equally high quality. Although it is said to be for two, you could make these hamper items stretch much further, creating a very fine spread by simply adding some freshly baked bread and since it’s Christmas, a glass of British sparkling wine. Serve the Gravadlax selection with the other items in the hamper, including the Sweet Mustard and Dill Dressing, sliced Marmalade Glazed Alderton Ham, Chicken Liver and Brandy Parfait, and Marinated Goats Cheese Balls with the Traditional Cheese Biscuits. You also get a jar of Spiced Apricot Compote, which is delicious both with the parfait or with the marinated cheese. And if you have room, or a sweet tooth, you can then feast on the Forman & Field Individual Christmas Puddings, Brandy Butter and Artisan du Chocolat Truffles, endorsed by Gordon Ramsay. If the Queen herself were to pop in for Christmas, I don’t think she could honestly expect any better! 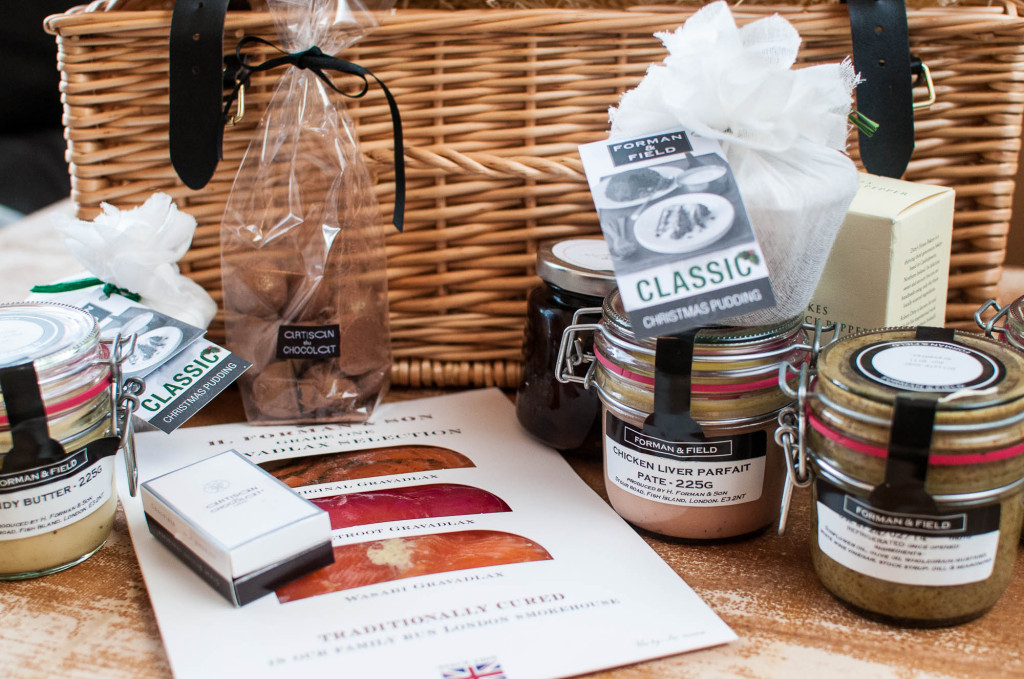 The ‘romantic’ Hamper for Two is priced at £89.95. Given that it would in fact feed more than two people, or at least keep two people going for much more than one sitting, I think it represents good value for money based on the hamper being packed with British produce of the very highest quality.

The last order date for Forman & Field is 15th December 2013 – so get your requests in promptly! You can also order plenty of other festive food, including Seldom Seen turkeys, a stunning Yuletide Porchetta, and of course, plenty of sweet Christmas goodies, including British made mince pies, cakes and sauces. 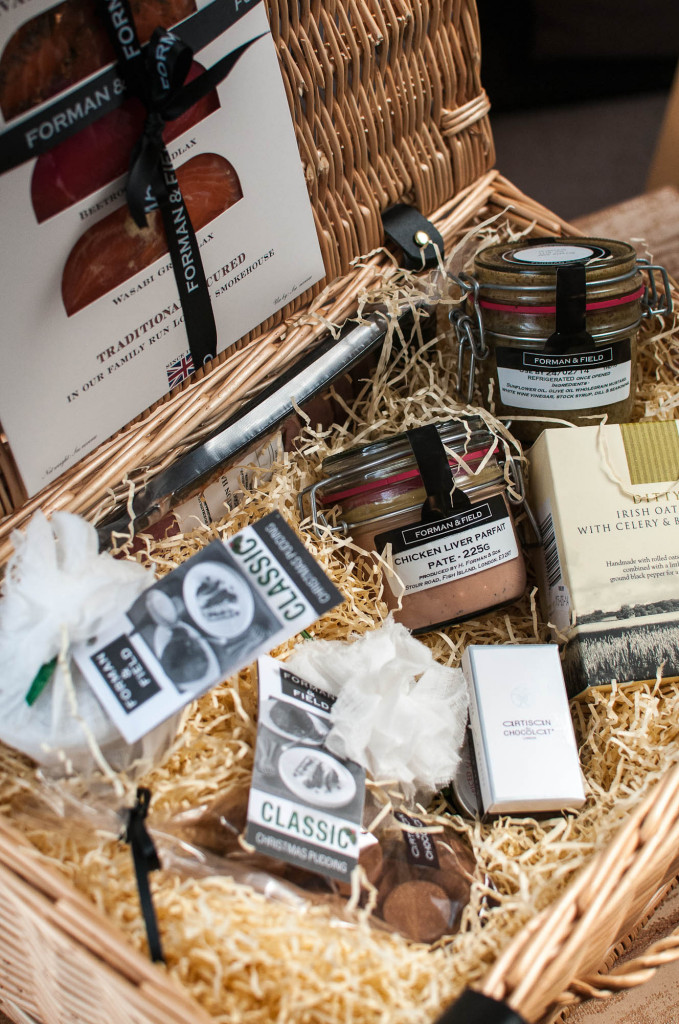 With many thanks to Forman & Field for sending me this very special hamper for review.

Pop back on Friday when I’ll be hosting an exclusive competition to win a romantic meal for two at the Formans London Restaurant, also established in 1905 – a real treat for the New Year.