Weekends are for leisurely cooking, the kind that allows you to pull a cookbook from the shelf, put a little more time into something and maybe try a recipe you haven’t tackled before. There’s something about country cooking or farmhouse cooking that particularly lends itself to the weekend, too. Flicking through The Great British Farmhouse Cookbook by Sarah Mayor, my thoughts look forward again to summer holidays in Wales, to being woken up by the sound of free-roaming sheep or cows in the fields surrounding us and of fresh, local produce in abundance. Cookbooks always take us somewhere; whether to foreign lands, a family farmhouse or even just to a pantry stocked with homemade jams and preserves. This particular cookbook took me straight to the West Country with fresh British produce at the heart of the adventure.

Sarah Mayor wrote The Great British Farmhouse Cookbook from her family home in Somerset, England. Her family have been farming there historically since 15th Century. Sarah’s parents bought Holt Farm in 1961 and later opened up a small tea room. Since there was plenty of skimmed milk leftover from creating clotted cream, they started to produce yoghurt and ‘Yeo Valley’ was born – the largest organic business in the UK. Produce is made with an astonishing 2 million litres of milk per week, some of which comes from the families own British Friesian herd.

The cookbook tells lots of stories from field to fork, taking in The Dairy, The Farmhouse Kitchen, The Veg Garden, The Farmyard, The Pastures, The Woods, Hedgerows, Fields and Streams and The Fruit Garden. Even before you are introduced to any recipes, the scene is set, with photographs of fresh produce, vintage farmhouse crockery, baby lambs, British seasonal fruit and family gatherings inspired by the great British outdoors. Its ‘wellies’ all around and the food is hearty and welcoming.

In the first few pages, Sarah focuses on milk, the staple ingredient of the farm, with recipes for your very own DIY Dairy including yoghurt, ricotta, butter, cream cheese, crème fraiche, clotted cream and the all-important milkshakes. So, if you fancy trying your hand at becoming an artisan for the day or even for longer, dip in and give these recipes a go.

Whether you are making your own diary produce or simply buying the freshest ingredients that you can get your hands on,  you can look forward to trying Sarah’s Orange yogurt cheese cheesecake (photo above) or a Poppy seed and lemon ice-cream cake with stewed blackcurrants, or our very favourite, Lemon curd and raisin bread and butter pudding for a zesty twist on a great British classic.

A friend of mine recently said that she acquired a glut of broad beans via a local delivery scheme, so I pointed her in the direction of Sarah’s Broad bean paté on toast with torn mozzarella, basil and lemon oil. These would make a great addition to an outdoor lunch or a summer family picnic.

Whilst we were still in the mood for a spot of comfort cooking and so made Sarah’s Chicken and mushroom lasagne, with chestnut mushrooms, leftover chicken, Parmesan, thyme, cream and the addition of seasonal leeks. 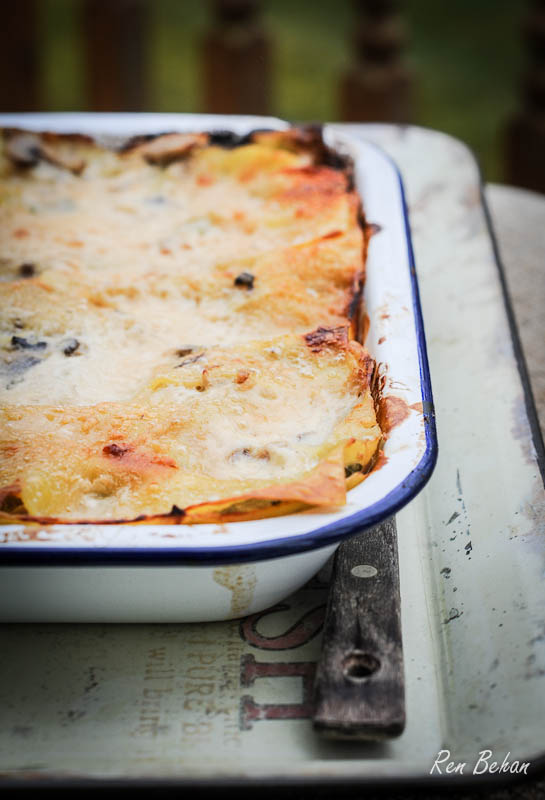 I also spotted a lovely list of top ten foods to forage, including wild garlic, blackberries, wild plums and elderflowers, with which you could make a Spinach, wild garlic and filo pie or Elderflower rhubarb and jelly creams. I don’t think there is a single recipe in this book that I wouldn’t be tempted to make and as clichéd as it will sound, The Great British Farmhouse Cookbook immediately made me want to plan my own escape to the country!

You can find the recipe for Sarah’s Chicken and mushroom lasagne here. 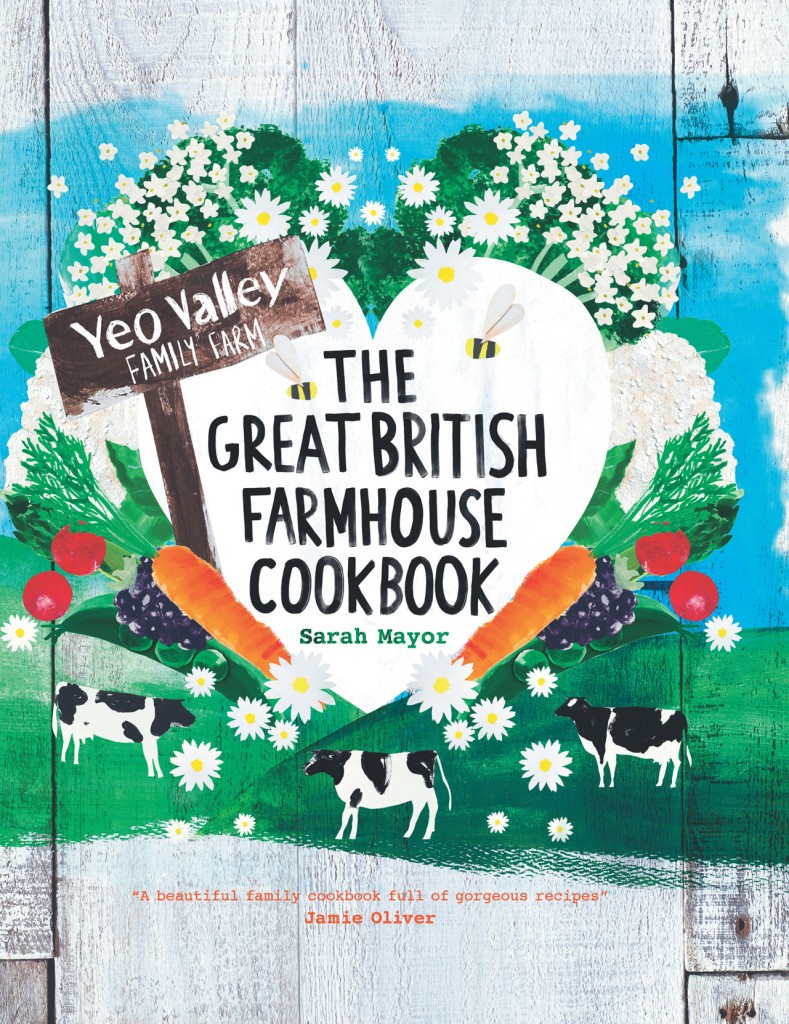 With many thanks to Quadrille for my review copy.