There’s only one day to go before Prince William and Kate Middleton grip the nation with their Royal marriage.  Since we only get to celebrate a Royal Wedding on average once every thirteen years, I say, let’s get the champers out for a right Royal knees up!

This month, Sarah at Maison Cupcake came up with the very cool  Street Party! theme for her ‘Forever Nigella’ competition. Mardi at Eat, Travel, Live, Write  has already shown herself to be the perfect ‘hostess with the mostess’ coming up with no less than four amazing Nigella-inspired Street Party creations. Mardi will be judging our creations based on who exudes the most ‘Nigella-ness’ – although her host post is a tough act to follow!
My immediate thought was to create a Royal Eton Mess, based on Nigella’s Eton Mess recipe featured in Nigella Express. I am sure that Prince William will have eaten this pudding many times during his time at Eton. It was traditionally served at Eton College’s annual cricket game against Winchester College, but the dish has been known by this name since the 19th Century. Interestingly, it was originally made with bananas or strawberries, although summer fruits can also be used. The meringue is considered to have been a later addition. The word mess is said to refer to the appearance of the dish, which makes it perfect Street Party fayre – there is no need to worry what it actually looks like and it is super easy to make! 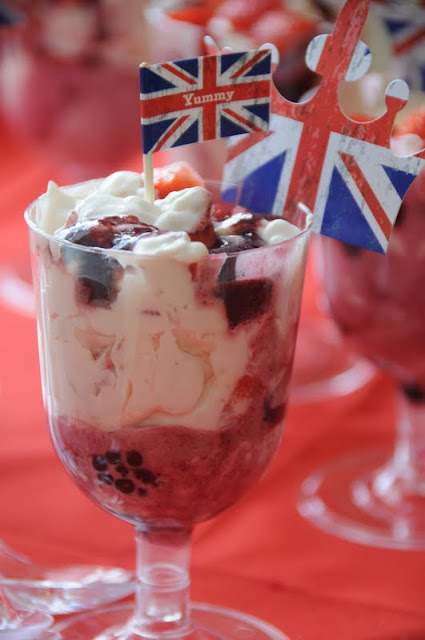 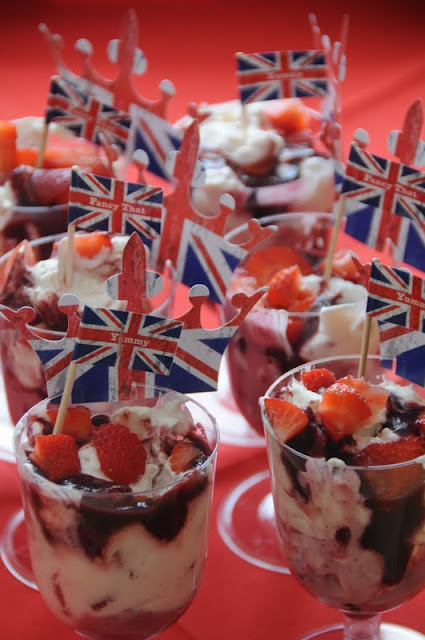 Nigella herself says that there is no variation of this pudding that she doesn’t like, so I would hope that she would approve of my Royal Eton Mess, which incorporates blueberries and blackberries (I was going for a red, white and blue look but it ended up a bit purple!)
The little flags and crowns…well, I also hope, that, in the spirit of occasion, Ms Lawson would also approve. 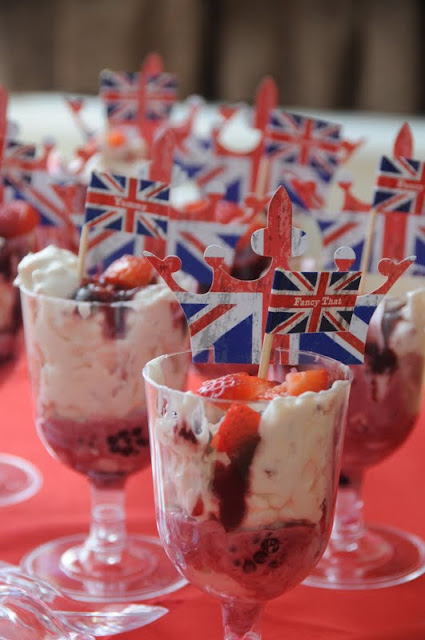 A word of note, if you macerate the strawberries in pomegranate juice, as Nigella suggests, or indeed, make a syrup out of the blueberries as per my twist, you may need to drain some of the juice otherwise, you may find that your whipped cream mixture will get too thin. You can always pour a bit over the top once you have assembled.  For my party, I am going to have an assembly line of ingredients ready and will then combine everything just as I am ready to serve.
Wishing William and Kate all the very best. What are you doing/cooking/making to mark the occasion?

2. Take 250g of the blueberries, add two tablespoons sugar and one tablespoon water and heat in a small pan for around five minutes. The blueberries will reduce down and a blue coloured syrup will form. Leave to cool.
3. Lightly whip the cream in a large bowl – it needs to start to thicken but should be still soft.
4. Crumble the meringue nests in a separate bowl – leave some pieces chunky.
5. When you are ready to serve, take some of the whipped cream and fold the rest of your fresh blueberries and the blackberries through. Add half of the crushed meringue. In a separate bowl, fold the strawberries through the cream and add the remaining half of the crushed meringue.
6. Layer up your bowls/cups with the blueberry mixture at the bottom. Pour over some of the blueberry syrup. After this, spoon over the strawberry mixture as the top layer. Garnish with a few chopped strawberries and serve! 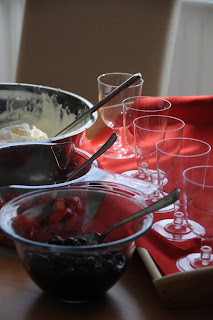 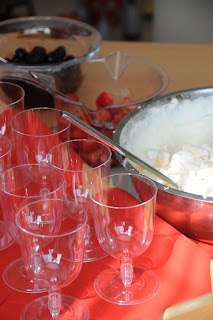 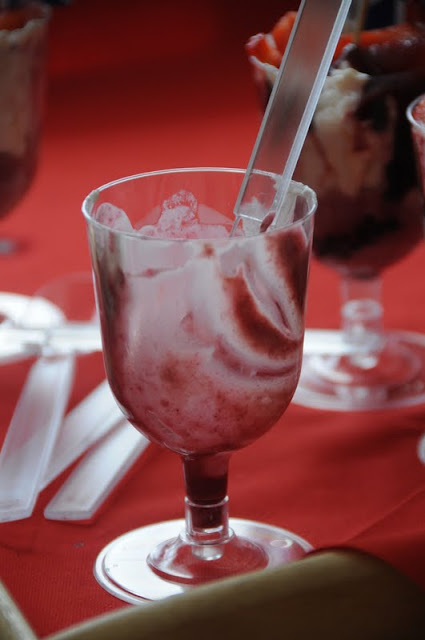 Flags and Crowns from Party Delights