A little while ago I posted about my adventures in recipe testing, which involved making and tasting some amazing pancakes for a wonderful foodie, Vanessa Kimbell, who is currently writing her first cookery book, Prepped! (Check out my new pink badge to the right, too!)

It was a great privilege for me, as a newbie food blogger, to join Team Prepped! – Vanessa’s brigade of on-line recipe testers. I was even more delighted this weekend about testing another one of Vanessa’s inspired recipes, Chocolate, Vanilla and Black Pepper Cupcakes. 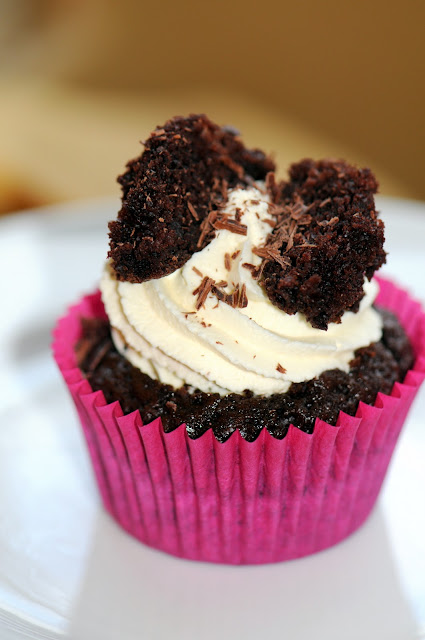 My initial impression of the recipe was that it involved some pretty unique flavour combinations. Though I have to say, having been introduced to many of Vanessa’s recipes to date via the wonderful online community of food bloggers, I wouldn’t expect anything less.

These cupcakes were a real treat for me to try, since I love baking cupcakes and the more cakes for me to try the better.  Vanessa’s recipe called for cocoa (the chocolate element) with a whipped cream, vanilla and black pepper filling.  Vanessa also had one more trick up her sleeve, grated, cooked beetroot in the cake mix to give it some extra oomph. I have to say, this was a first for me, but I’m willing to try anything (within reason!)

And so, with an open mind, I set about testing the recipe. There was no butter or margarine involved (which surely has to be a good thing?) Instead, the recipe calls for rapeseed oil  (otherwise known as the British alternative to olive oil) which happens to be lower in saturated fats than olive oil or sunflower oil.

The mixture came together very easily and Vanessa’s recipe was spot-on, except for the fact that I added a little more prep time owing to the fact that you have to drain and grate the cooked beetroot.

I used a re-usable piping bag to fill my cupcake cases, a little tip I picked up on a cupcake course, as you end up with a more even batch of cupcakes. You could also use an ice-cream scoop for the same purpose. I filled my cases two-thirds full and found that the mixture was enough to make 18 good-sized cupcakes.

The only down-side I found with this recipe is that you can’t really lick the bowl. Somehow, and strangely, it was the bicarbonate of soda I could taste rather than the beetroot and I found the raw mixture to be a bit irony. That being said, licking the bowl, whilst a cook’s perk, is not the final product, so I remained of an open mind.

After twenty minutes, I took out a perfectly risen, rich and deep in colour, bouncy batch of chocolate cupcakes. Each one was a little thing of beauty and they smelt divine. I couldn’t wait to try them and devoured one as soon as I could get it out of its case without burning my fingers.  It was, without any doubt, delicious – crumbly, moist, chocolaty, almost melt-in-the-mouth and that was before the cream-fest! 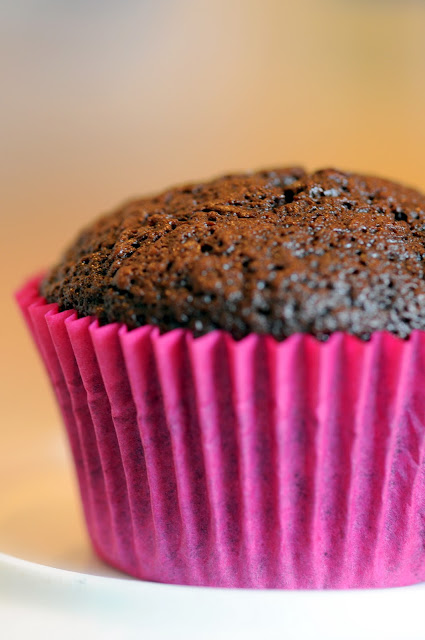 To fill them, Vanessa instructed me to cut a piece out of the centre of each cupcake and fill it with the whipped cream, vanilla and black pepper mixture. This was really easy to do although again I added a little extra prep time in case you have to whisk by hand.  The whipped cream filling made a lovely alternative the plumes of smoke that mixing huge quantities of icing sugar and butter so often produces in my kitchen.

I would say that the vanilla and black pepper provided a lovely background flavour, nothing too overpowering. I think I could have gone for a few more twists of the pepper grinder.  The beetroot in the cake mix, to my taste, could hardly, if at all, be detected (not even by my husband, who has a particularly acute radar and total aversion for ‘earthy beetroot’ content in any food.)

The very best thing about these cupcakes is that they seemed to get better by the hour (yes, I was sampling them by the hour) and the next day they were as good if not better having been kept in a airtight contained. I was surprised that there were any left, but they were still amazing on Sunday, particularly for breakfast.

Try them! I urge you, you’ll be converted.  Plus, if you ignore the whipped cream filling, they ARE healthy! 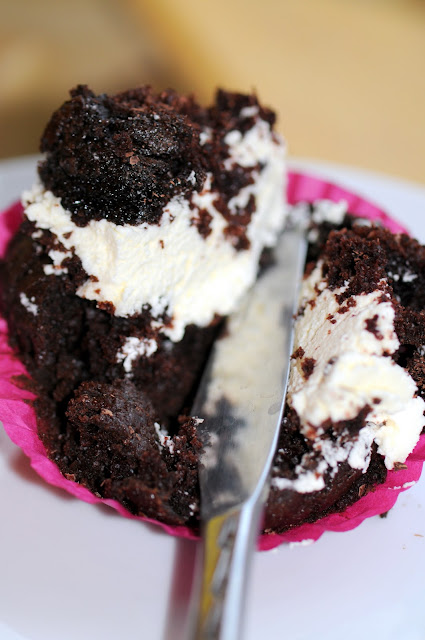 Thank you, Vanessa, for letting me test this recipe for you, it was a delight.  I can’t wait for Prepped! to be published, not least because the book has been written specifically with the ‘time-short foodie’ in mind (which is definitely me!) but more so because if the posts by fellow Team Prepped! members are anything to go by, Vanessa’s book is going to be full to the brim with tasty, imaginative and creatively influenced recipes THAT WORK!

Vanessa is at the final editing-stages of her book “Prepped!: Gorgeous Food without the Slog – a Multi-tasking Masterpiece for Time-short Foodies” which is due to be published in May 2011 and is available now for pre-order on Amazon Prepped!