Today, Sumayya shares her mother’s special Pakistani garam masala spice blend recipe,which you can grind yourself in a spice blender at home. It’s the prefect warming combination of spices, including green cardamom, black cardamom, cinnamon, cloves, black pepper and bay leaf – guaranteed to bring a beautiful layer of flavour to your cooking. I’m looking forward to trying some sprinkled over some grilled halloumi, as Sumayya suggests.

I hope you enjoy this special guest recipe on Ren Behan Food. We’d love to hear your comments in the box below.

If you ask a Pakistani cook to share their recipe for garam masala, they will probably tell you it’s a guarded family secret. As an authentic blend, it is quite surprising that there is no one recipe for garam masala, most families have their own combinations and proportions of spices, and indeed it can incorporate from as little as three to a dozen or more ingredients. And while these blends can vary greatly in composition, in most you will some or even all of these classic spices; black cardamom, green cardamom, cinnamon, cumin, black peppercorns and cloves. 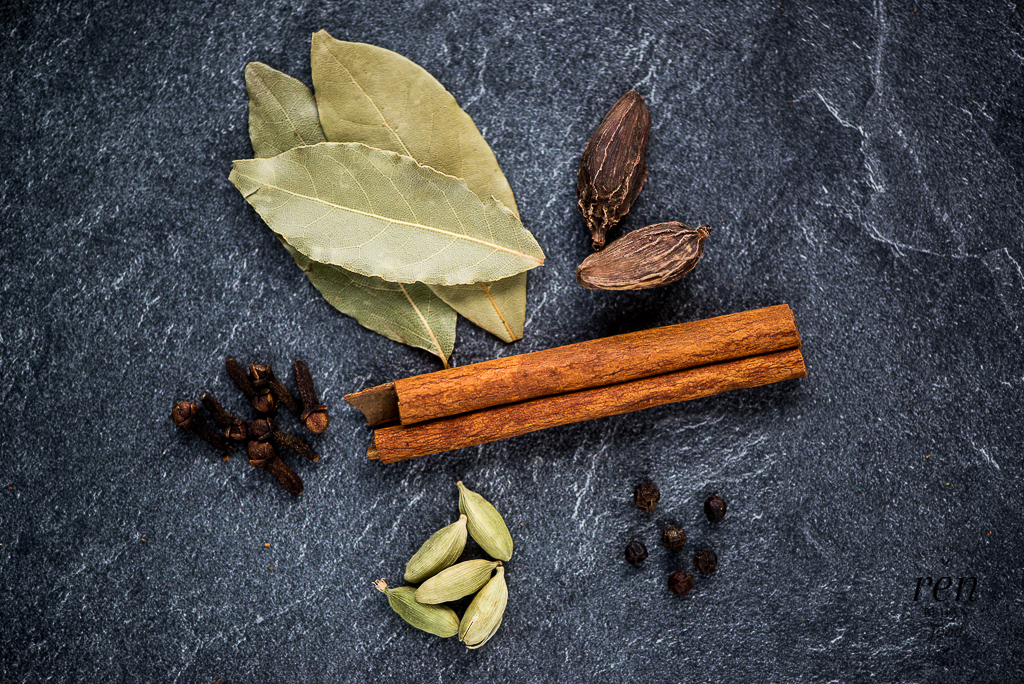 Garam masala translates to ‘hot spice blend’ but it is more a mix of warm spices and their constitution is based on the South Asian philosophy of ‘warming’ the body, mind and soul. They bring flavour to a dish without burning the palate and a key element to balancing its effect is to always season your dish perfectly to bring the spices to life. 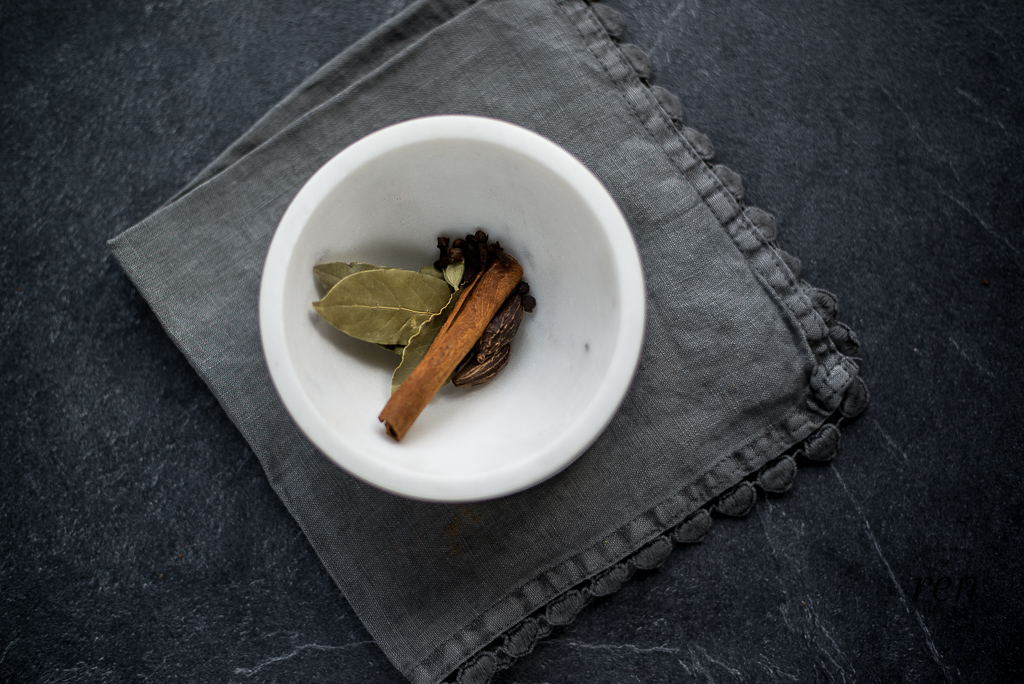 In Pakistan, where garam masala is used in most recipes for rice, meat, vegetables and poultry. It is included at different stages of cooking as we build layers of flavour and how we use it depends on the key ingredient of the dish. For meats, rice, and poultry; ‘khara garam masala’ (whole garam masala blends), are traditional and added to hot oil to infuse the aromatics into the oil. Ground garam masala are versatile and can be added during cooking, and even at the end as a garnish; reviving, enhancing and preserving the flavour of the spices and other ingredients in the dish. I personally love to top lentils, rice and finish curries with my blend! 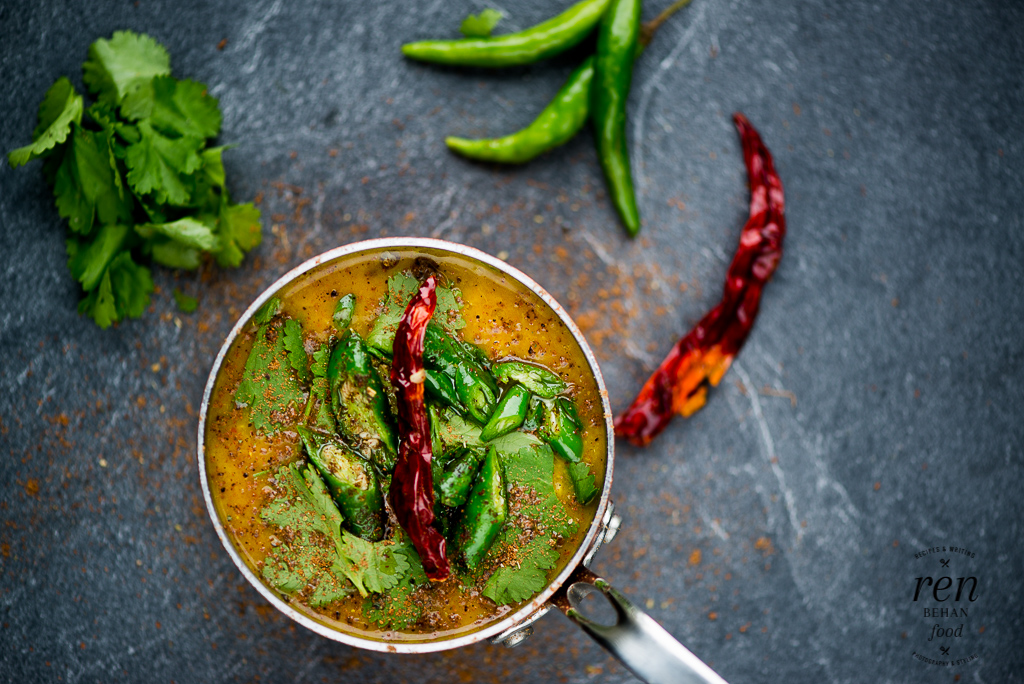 It is the evocative aroma of freshly ground garam masala that always transports me back to my mother’s kitchen in Pakistan. Be it the haunting aroma of biryani infused with star anise and cinnamon or the hot ghee tempering of cumin seeds poured with a sizzle over lentils. This authentic blend alone can help achieve a true South Asian flavour to your food. 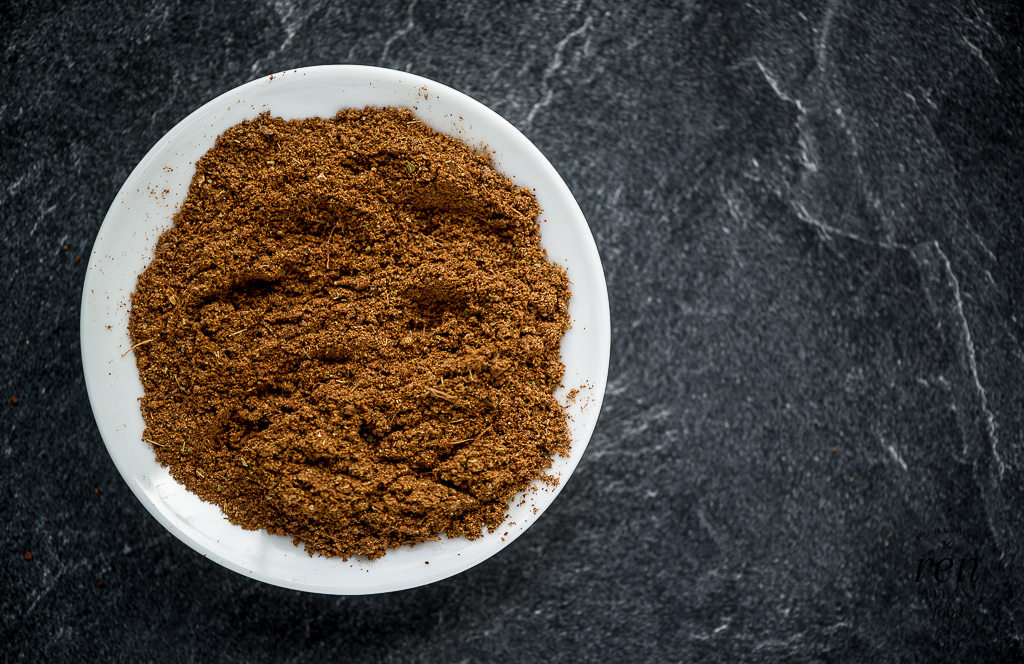 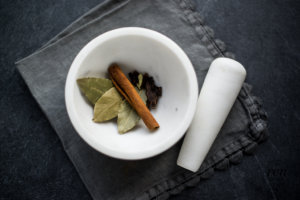 You can also dry roast the spices lightly before grinder but this isn’t necessary. Don’t restrict its use in just curries, experiment with it add it to grilled halloumi, mix in yoghurt with ginger and garlic to make a simple marinade for barbecued chicken or put a pinch in chocolate truffles!

Sumayya Usmani is the author of a forthcoming book on Pakistani cuisine called Summers Under the Tamarind Tree, to be published Spring 2016.

Photos by Ren Behan, words and recipe by Sumayya Usmani.

This recipe first appeared on My Tamarind Kitchen