Well, the summer (ahem, excusing the miserable weather) of sport has begun with the start of the Euro 2012 football contest hosted by Poland and Ukraine. Eight matches have already taken place and tonight, the vodka is at the ready for Poland’s game against Russia. If you are watching any of the games and fancy making some Eastern European-style snacks, here’s my tasty recipe for Vodka and Honey Braised Ribs. In Poland, spare ribs are called Żeberka and it’s very common to have Żeberka w miodzie, or Ribs in Honey. My twist is to add a little shot of vodka (or two) to the mix. The method comes from my brother, who makes the best ribs in town. His trick is to simmer them slowly in some stock or water first before braising them in the oven. Try them, and then say ‘Nazdrowie!’ with a shot or two of the liquid ingredient! Oh, and don’t throw anything away; use the stock that you’ve simmered your ribs in to make a flavourful soup. 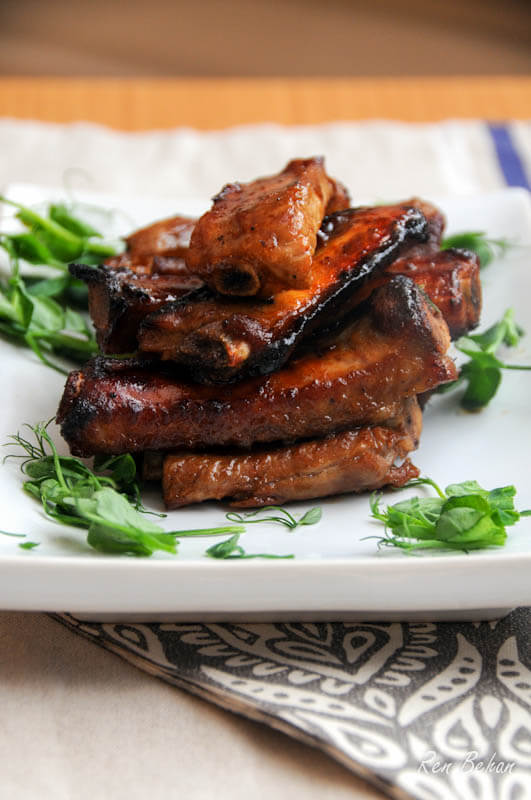 Which sporting event are you looking forward to the most this summer?