There are always so many things that I want to bake/make/do before Christmas and no matter how early I start, I never have enough time to get everything done.  I thought I was well ahead of the game this year by making my first batch of Pierniczki – Polish Spiced Cookies on 9th November. It turns out I wasn’t ahead at all and I still didn’t start things early enough! Those presents will get bought and wrapped soon…

One of the things that was on my ‘to bake’ list were some very cute Christmas Pudding-type cupcakes I’d seen on the BBC Good Food website last Christmas. Despite the fact that these were very rushed and I had to call in the re-inforcements in the form of my friend Monika to help me with the holly leaves, I did make them and that made me very pleased. They were actually for a fundraising event last Saturday and since they were so cute, I thought I would send them over to the gorgeous English Mum for her Big Christmas Bake Off event too. 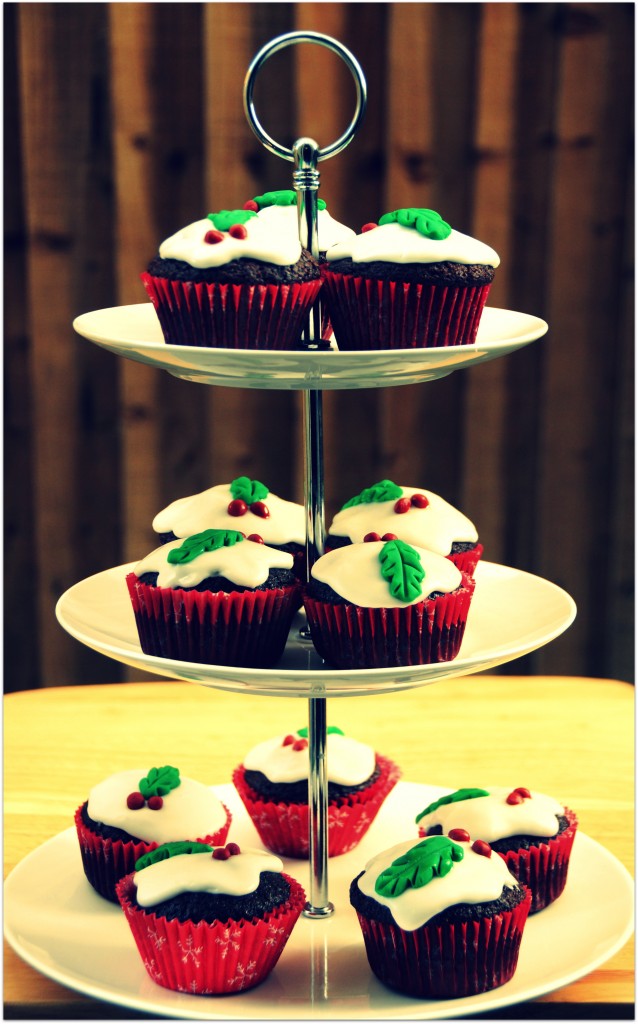 I only really slightly adapted the recipe so I won’t reproduce it. In fact, you could use any chocolate cupcake recipe you’re happy with.  I added a teaspoon of peppermint essence to mine to give them an extra Christmas boost and I baked the cupcakes in their cases rather than using a silicone tray, keeping them the right way up. If you don’t have time to make the little holly leaves and berries that we made, I’ve seen a few packets of ready-made decorations at the supermarket that would make a fine alternative. You can still find their Christmas Pud Cupcake recipe on BBC Good Food, the original appeared in the magazine in 2009.

Note: if your cupcake wrappers are a bit thin, use two (double line them) that way, they will look better – see cupcake on the bottom left of the cake stand as an example! 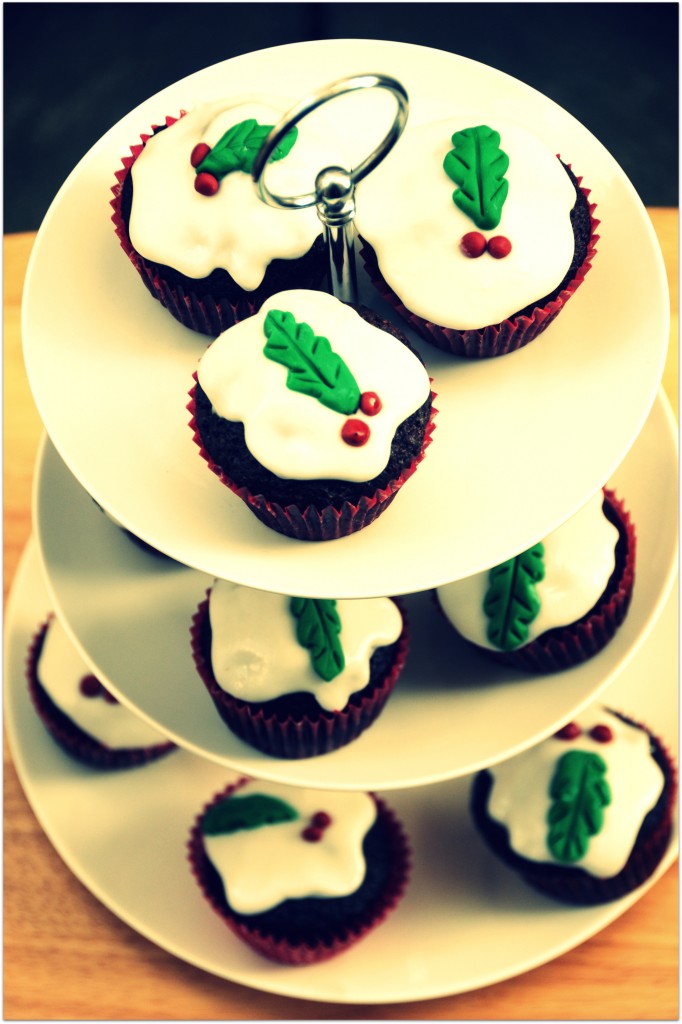 I still have at least a million posts that I want to write before Christmas, so I will keep posting! I do promise to post a round-up of all the wonderful recipes that came flooding in for Simple and in Season November/December. I’ll be opening a new round in January. 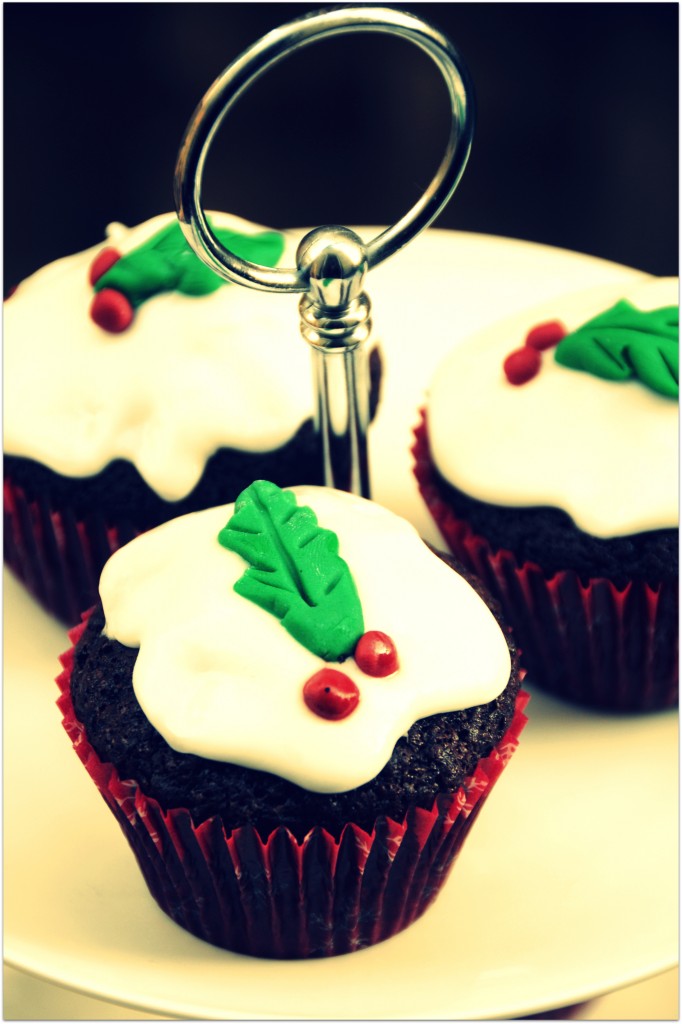 Leave a Reply to What Kate Baked Cancel reply