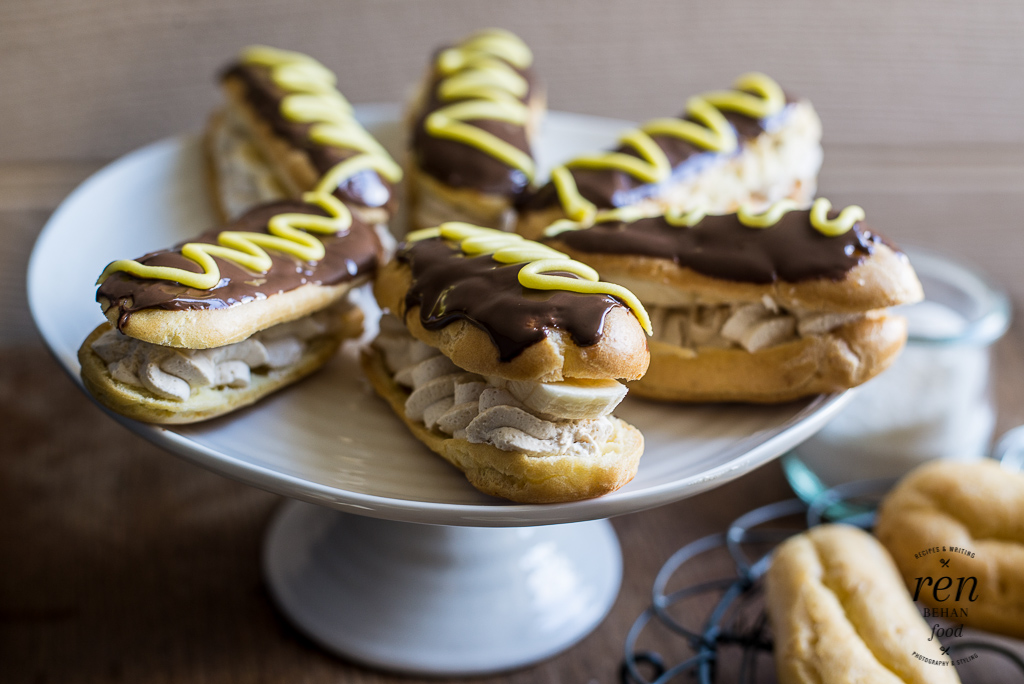 Spring is here! This is a recipe from John Lewis COOK Edition…

A short while ago in the food world, a prediction was made that éclairs would be the new cupcake and there are now all sorts of weird and wonderful flavours to try in the trendiest bakeries. I’m sure we’ve all had one from our local bakery – traditionally, an éclair is made from choux dough or pastry, filled with cream and topped with chocolate or fondant icing.

In this post, Love & Olive Oil set their readers a challenge to bake éclairs and they came up with some stunning entries. And I’ll never forget reading this wonderful post by David Lebovitz on Éclairs in Paris – or l’éclair – not to be missed.

The éclair originated in France in the 19th century and, as I’ve discovered this week, they can be made at home, with relative ease. I say that, because there are a couple of steps to follow when making the choux and you do have to pipe, but since the choux is later split and filled and topped with chocolate, they don’t actually have to be perfect.

If you can make éclairs then you can make profiteroles (or cream puffs) and vice versa, so they are a good thing to add to your repertoire. Plus, anyone you serve them to will be incredibly impressed!

A good éclair is light and fluffy, the filling should be whipped cream (which can be flavoured as my cream was for this banoffee version), or you can fill them with a French custard or crème pâtissière.

With the éclair being of French origin, I was confident that Richard Bertinet’s Banoffee Eclairs, as spotted in the spring edition of the John Lewis COOK Edition (download in iTunes or pick up for free in store) would work a treat. The recipe uses surprisingly few ingredients and they bake in just under 20 minutes, so I’d say that homemade éclairs make the perfect project for the Easter weekend ahead. If you can pull these off (and I did on my very first attempt) you’ll feel so proud that you’ll want to ditch your job and open up a French pastry shop the very next day! 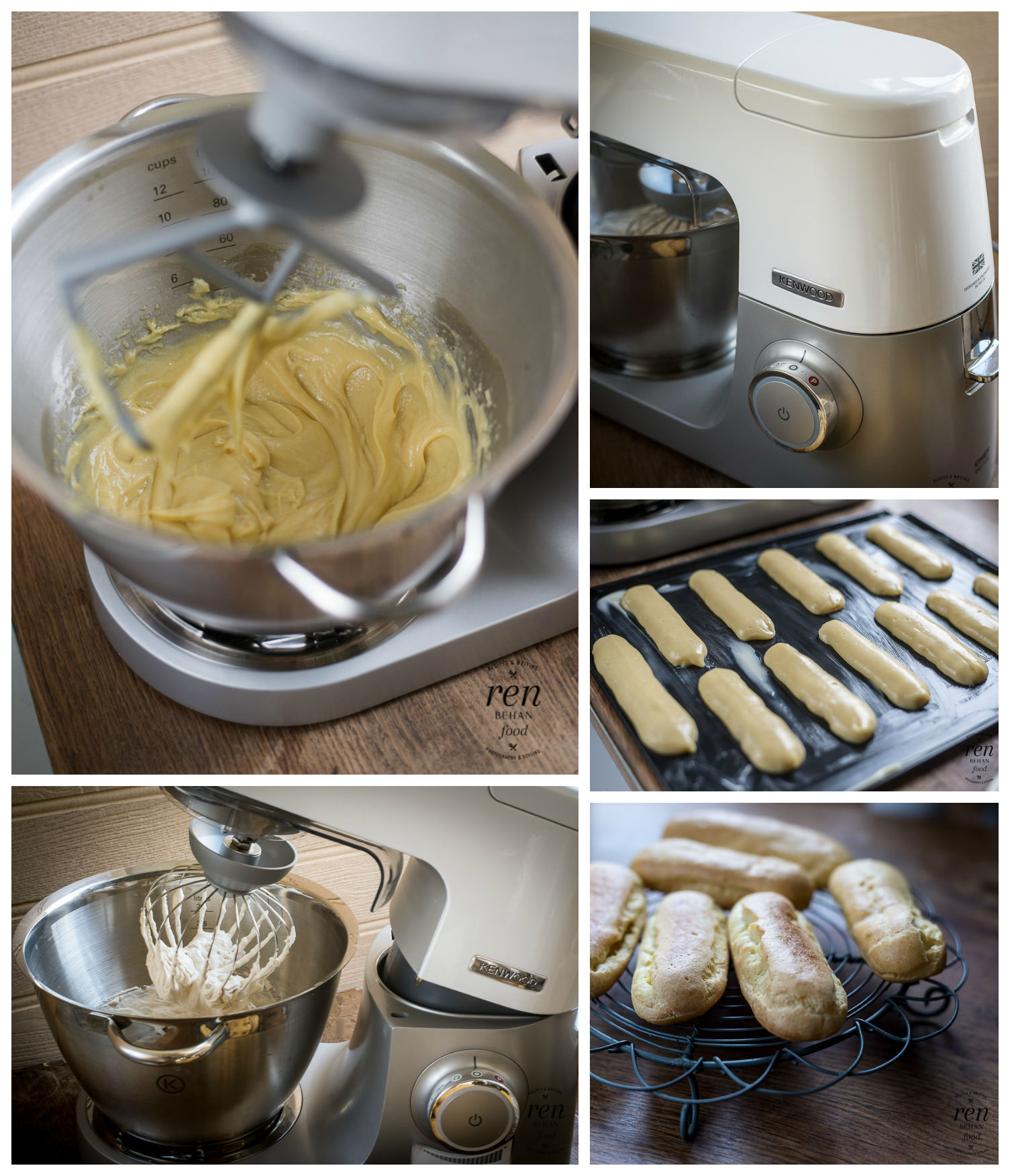 Richard has simplified the method for making his choux pastry. Once you’ve heated the water, salt and butter in a pan, you tip in the flour, give it a quick mix and then transfer the mixture into a stand mixer. I waited for the mixture to cool a little before adding the eggs, one by one, until, as if by magic, a smooth, glossy mixture formed. Then it’s simply a case of piping the dough into straight lines, baking, cooling, splitting and filling. They are actually really fun to make!

To make my éclairs, I used my Kenwood Chef Sense Stand Mixer. I also drizzeld a little salted toffee sauce onto my banana on the inside of the éclairs…for good measure. 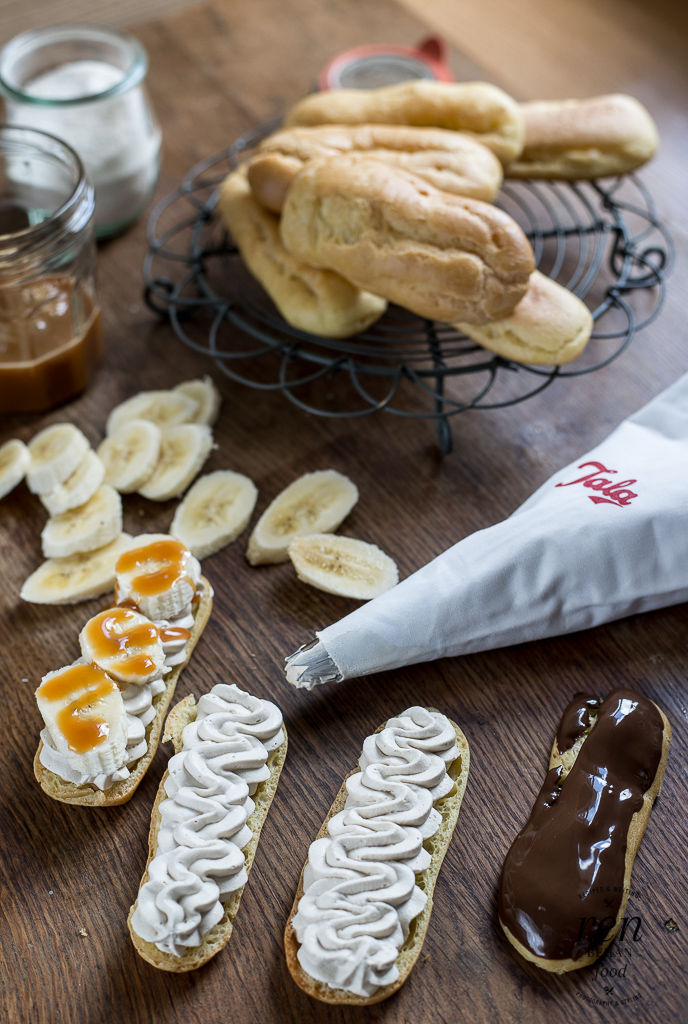 I learnt that éclairs rise seemingly without any raising agents because of the high water content in the dough, which evaporates to steam causing the choux to rise – clever!

The choux should also be cooked for long enough to dry on the inside, so that they don’t collapse when you take them out of the oven. 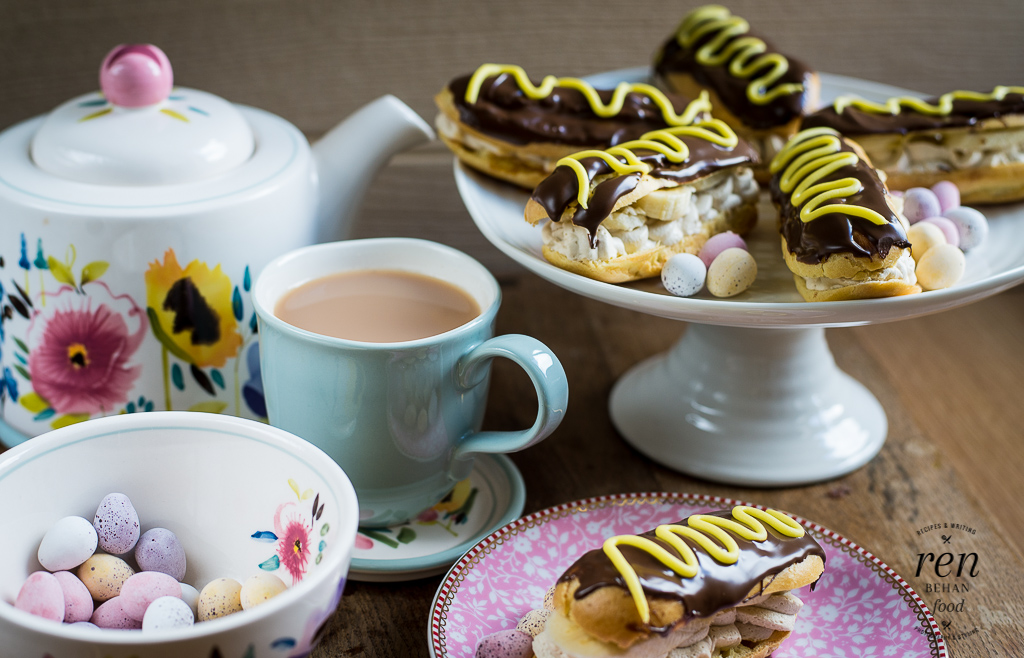 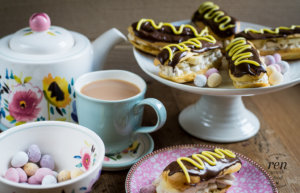 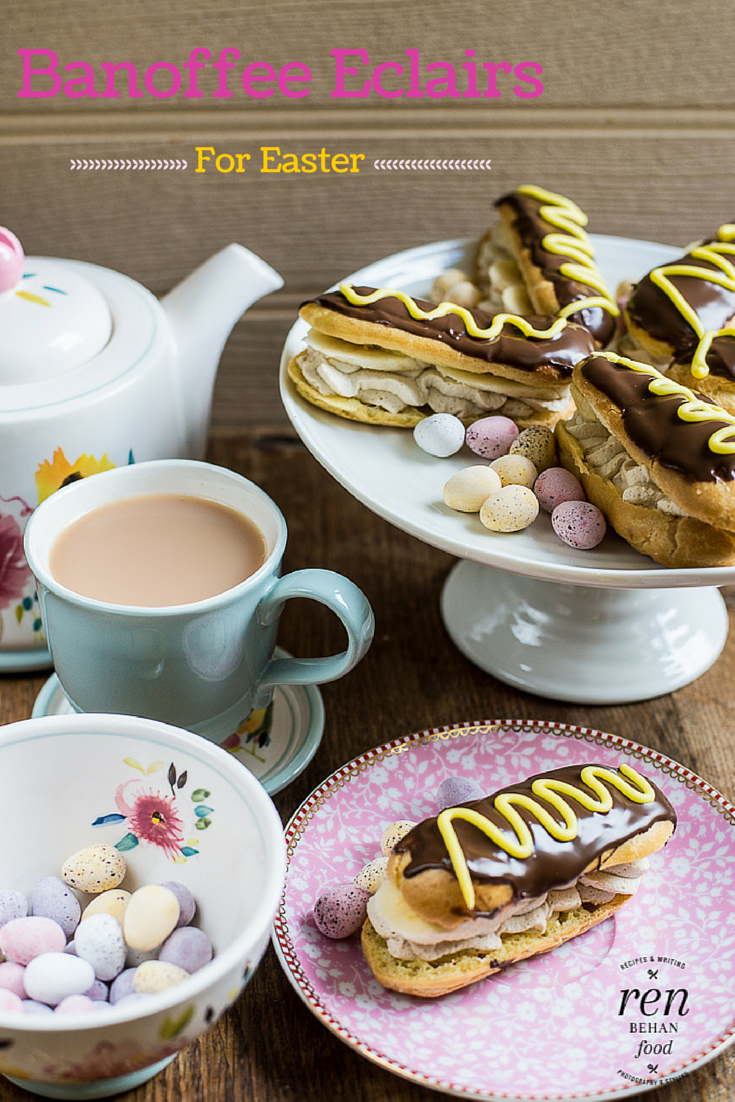 Kenwood Chef Sense Stand Mixer and spring ‘tea set’ props provided by John Lewis. The cost of my ingredients were covered, too.

Will you be having a go at these pretty Banoffee Eclairs this Easter?