I am very pleased to report that yesterday’s stint on Nick Coffer’s Weekend Kitchen at BBC Three Counties Radio was a great success!  It was a truly exciting experience for me, quite unlike anything I have ever done before.  It was such fun to meet the host Nick Coffer from My Daddy Cooks as well as television presenter, food writer and cookery book author Lotte Duncan.

We spent two hours eating, drinking and chatting our way through the show.  The food, which included Lotte’s Macaroni Cheese (her mum’s recipe) along with her Nutty Tart to follow, as well as my own Polish meatballs and “Szarotka” Polish apple cake (my mum’s recipe) was washed down perfectly with Neil Irvine’s selection of wines from No.2 Pound Street. 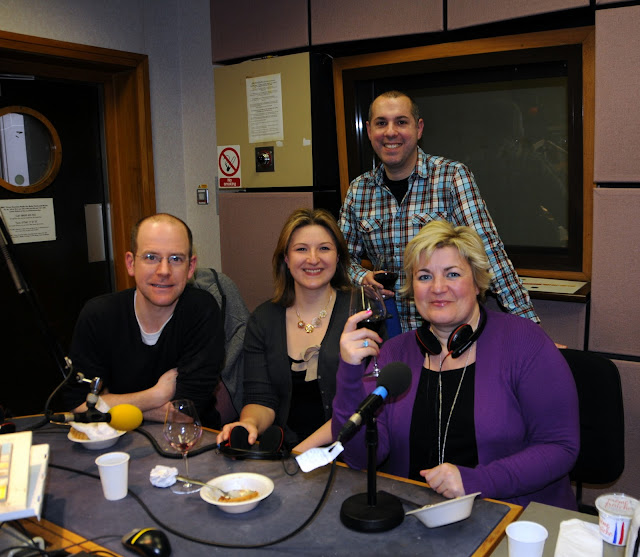 We fought over the crispy bits from Lotte’s scrumptious Macaroni cheese which was laced with Worcestershire sauce, whole grain mustard and bound in a Gruyere and cheddar sauce.  Lotte’s Nutty Tart, made with pecans and almonds nestled in thick maple and golden syrup on a crisp pastry base was gooey, sweet but perfectly crunchy on top. Nick described it as being “smooth with nutty textures” as Lotte explained that the inspiration behind it was a cross between a traditional British treacle tart and an American pecan tart, suitable for any dinner party or gathering. Both recipes are from her new book, Lotte’s Country Kitchen.

My own offerings seemed to also go down very well (huge sigh of relief!)  The Polish meatballs were described by Nick as being “really, really tasty” and Lotte as being “unctuous, moist and flavoursome.” The apple cake was also enjoyed by everyone, all the flavours came through; almond, vanilla, cinnamon, against tart Bramleys on a crumbly shortcrust-style cake base and topping. All our plates were wiped clean leaving very little to take home…a sure sign of great food enjoyed by all.

It was also really interesting to see how a real live radio station works. It’s been a dream of mine ever since being a huge fan of Frasier!  As we joined Nick in his studio, we sat  poised, headphones in place, microphones ready to pick up every sound.  It was a bit nerve-wracking but Nick was the perfect host, chatting away about our dishes which ran alongside the theme of  food from our childhood.

With his new producer Nadine, Nick expertly manned the decks, reading out Tweets and text messages from callers and playing a few songs we had each chosen.  Everyone was so welcoming and friendly that the two hours passed by super quickly.  I could easily have done it all over again as soon as it had finished!

The show is available on BBC iPlayer for a week, after which it will be replaced by next week’s show.  There is also a fact sheet which you can download from the BBC Three Counties Website with all the yummy recipes on it.

I would like to say a huge thank you to Nick Coffer for very kindly inviting me on his show as his “home cook” guest as well as to Nadine and everyone at BBC Three Counties for making us all feel so welcome.

Tomorrow, I will be writing up my Polish apple cake recipe for my blog, along with step-by-step photos for a Monday afternoon teatime treat! 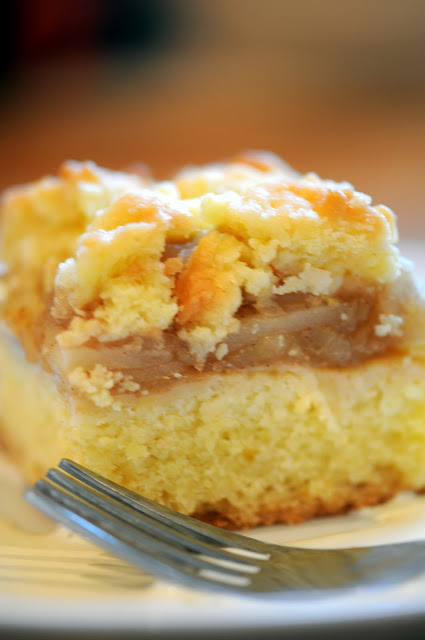