It was all things pleasant and pheasant inside the Fifteen training kitchen last Tuesday evening. I must have been reasonably well-behaved at the last blogger’s supper at Jamie Oliver HQ, to receive a second invitation, this time to a pheasant masterclass with Jon Rotheram (Head Chef Fifteen London), Andy Appleton (Head Chef Fifteen Cornwall) and needs-no-intro, Gennaro Contaldo. Very rarely do you get the chance to watch three great chefs at work at close call and so when the invitation arrived to celebrate British game, I was intrigued and immediately hungry. 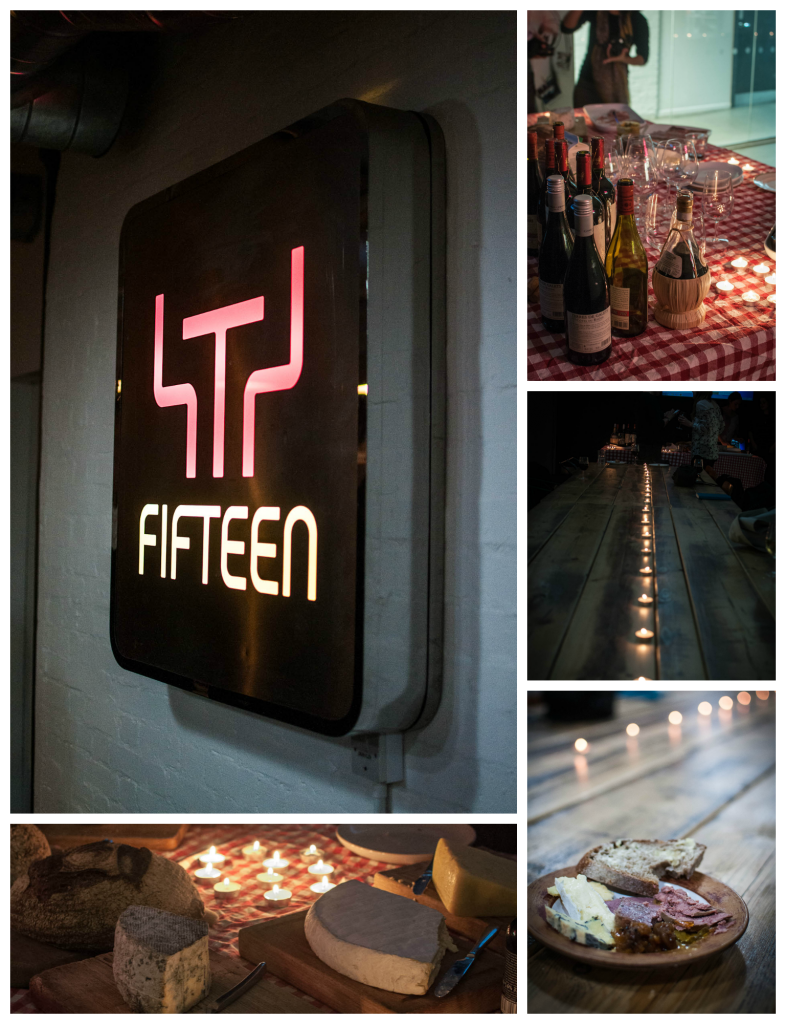 British game is in season right now and the JamieOliver.com team were keen to cast away any game-related fears and open our eyes and our taste buds to some great British pheasant; wild, naturally organic and free range. I recently visited Borough Market in London, where I saw plenty of pheasant and rabbit on offer. I confess to wandering straight past it without giving it much thought. And that’s what many of us do; walk straight past it, perhaps at the butchers or in the shops, which means that so much game is being shot and then wasted.

Many of us are also quick to dismiss game, perhaps because of fears that the meat may taste too ‘gamey’ or simply because we don’t really know what to do with it or how to cook it. Happily, the pheasant masterclass did much to dispel many of my previously held misconceptions and I now have a better idea of flavour combinations that I know will work. I learnt that game works with many well-known flavours; chilli, garlic, fresh herbs, such as rosemary and thyme, or sweet and sour combinations, such as a sprinkling of raisins steeped in balsamic vinegar, or a red wine reduction spiked with cinnamon – as showcased within the three dishes we tried. Whilst the breasts need hardly any cooking at all, the legs benefit most from being slow-cooked.

First to cook for the intimate crowd of hungry food bloggers was Gennaro Contaldo; the man noted for mentoring and now business-partnering with Jamie Oliver – soon to return to our screens as one half of the Two Greedy Italians. I adored watching Gennaro and Antonio Carluccio as they foraged, cooked and ate their way around Italy and can’t wait for them to reunite in the third series. As animated and exuberant as he is on-camera, Gennaro invoked his deep-rooted love for hunting, foraging and simple food, inspired by his childhood in Italy. Gennaro is most at home when cooking with game and he was quick to thank and credit Jim, Jamie’s Website Editor, for shooting the birds in Essex ahead of the masterclass.

A quick quip about ‘Essex Birds’ ensued, whilst Gennaro prepared a side dish of sliced potatoes, de-seeded tomatoes, salt, oregano and olive oil for the oven, called Patata Arragante. We were then shown how to remove the breasts from the bird, ready to be flattened out and seasoned up with rosemary, sea salt, garlic and chilli. The pheasant was quickly pan-fried in a very hot pan. The only extra ingredient needed was a splash of good-quality white wine to deglaze the pan and to create a little sauce. As he served up his homely and rustic dish, Gennaro humbly added:

Use a ceramic bowl, with just a little olive oil rubbed into the bottom, to push down the pheasant once it hits the pan. This helps the chilli and fresh herbs to penetrate the meat. You can use whatever you have to hand – a brick will even work fine!

We quite literally devoured Gennaro’s dish and it was a huge privilege to taste his flavour-charged yet uncomplicated food first hand.

Next to cook for the group was Jon Rotheram, whom some of us had met at the previous supper club above the restaurant itself. Jon showcased an example of the sort of dish he happily cooks at Fifteen, always ensuring that he maximises the bird. Jon said that he always makes use of the legs and the breast and that he very often pan-fries the hearts. He also made a pork and pheasant sausage from the offcuts. Jon served his pheasant and sausage with kale (cooked in the same pan that he’d roasted the bird and cooked the sausage in), onions that had been slow-roasted overnight in a low oven, game chips, pickled quince and a smooth and very moreish bread sauce.

Ask the butcher or your local game supplier for pheasant hens, as they have a little more fat on them. Jon prefers his game to have a shorter hanging time (up to a week), but to be hung with the guts in to improve the flavour of the meat.

Third to the stove was Andy Appleton, who had travelled all the way from his kitchen at Fifteen Cornwall to impress us with his dish of pheasant with Cornish squash, fresh thyme, cherry tomatoes and chestnut caponata. Andy’s cooking is largely inspired by the Italian kitchen and his flavours were equally stunning. Andy had soaked some raisins in balsamic vinegar and also pan-roasted his pheasant on the crown to keep the flavour in. He also made a red wine and cinnamon jus.

Game goes really well with sweet and sour flavours, so try some fruity sauces, or add some raising seeped in Balsamic vinegar to your finished dish.

As if we needed any additional treats, Jamie’s editorial team had also set out some fine cheeses, pâté, fresh sourdough and rye bread and charcuterie with plenty of red wine to accompany our pheasant-led feast. Of course, the ladies flocked around Gennaro, catching a few shots for our photograph albums, whilst Gennaro shared his personal iPhone albums of seasonal chestnut and mushroom hunting with his family. I think we can safely say that we left with a warm glow, eager and more confident in experimenting with some game recipes during the season and in particular, over the Christmas period ourselves at home.

If you are looking for some game recipes to inspire you, look no further than Jamie’s selection here. Likewise, there is a great scast of Christmas recipes on offer to inspire you over on JamieOliver.com, too.

Where to buy pheasant and game

I spotted plenty of pheasants at Borough Market recently. More locally in Hertfordshire, I can recommend my local butcher, A&C Meats. I also read an article on The Foodie Bugle recently using produce from The Wild Meat Company, although I’ve yet to try their service. Game, including venison, rabbit, quail, partridge, pheasant and grouse is also becoming more widely available through supermarkets. The pheasant season usually runs from October to April.

For more hints and tips, search the hashtag #pheasantmasterclass on Twitter or follow the team on @JamieOliverCom

Rachel – The Food I Eat

You can also catch my weekly blog for JamieOliver.com here.

With many thanks to Jim, Merlin, Subi, Jon, Andy and Gennaro for the invitation to join them for the evening for the pheasant masterclass. All thoughts and opinions my own.