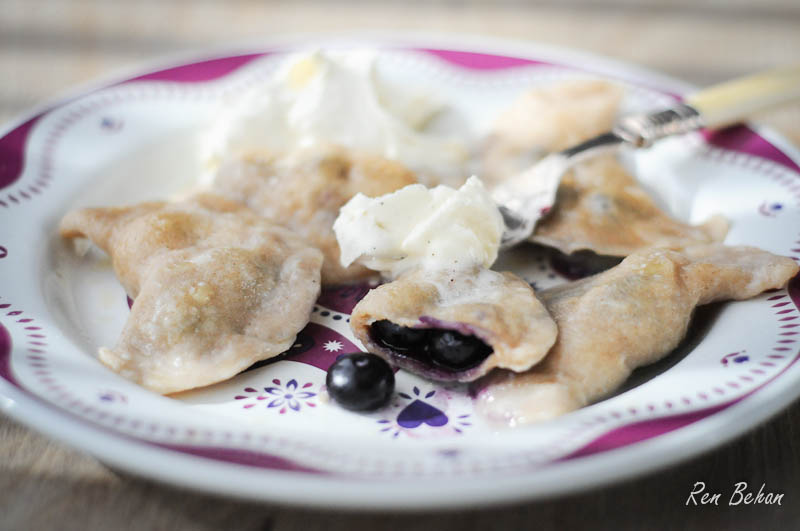 Pierogi are one of the most well-known, traditional Polish dishes and can be found around the world. They are small dumplings, also known as Pierożki, similar to Italian ravioli or Asian dumplings or gyoza.

If you live in, or have ever visited America, particularly New York or Chicago, you might also find them sold as street-food, as you would do in Poland. Pierogi can also be found in most traditional Polish restaurants or in a ‘Milk Bar’ or Bar Mleczny as they are called in Poland, prevalent during the economic struggles of the 1930’s and throughout the war. They have recently made something of a comeback, offering cheap and affordable eats or as something of a nostalgic alternative to fast-food.

You’ll find Pierogi on almost every respectable Polish restaurant menu abroad, too – try them! I recently tried them filled with Buckwheat and Bacon at Malina restaurant in Hammersmith, London.

Pierogi are made from a simple dough of flour and water (sometimes with an egg or a little oil added) before being filled and enclosed (shaped into a semi-circle) and boiled. They can be made with savoury or sweet fillings. If you are making sweet Pierogi, you can add a tablespoon of icing sugar to sweeten the dough; for savoury pierogi, add a pinch of salt.

My kids love making Pierogi – there’s all manner of measuring, mixing, pouring and rolling to get involved in. 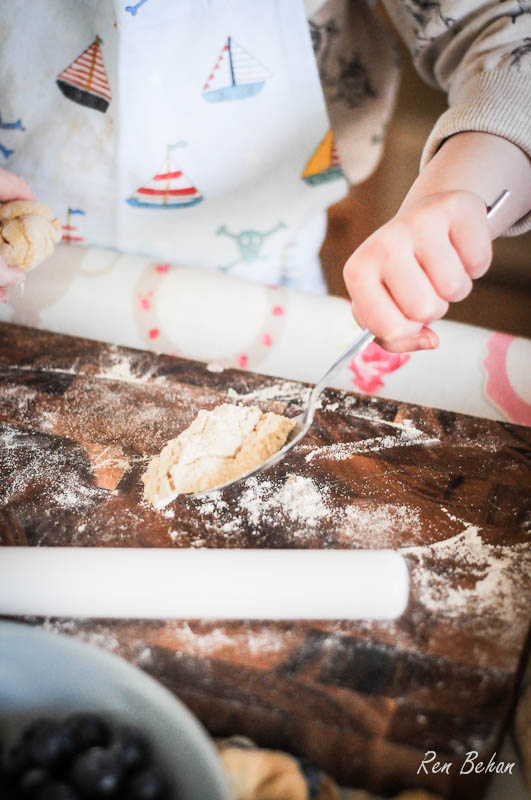 I was lucky enough to have this recipe for sweet Blueberry Pierogi, given to be by my Mama, featured in one of the UK’s top culinary publications, delicious. magazine in an Inheritance Recipe feature. Finally, the joys of Pierogi have been introduced to the UK!

Hospitality is second-nature to a Pole, with food always the central feature of any gathering. I learnt how to cook by watching and helping my grandmother and mother preserve memories of their past through the food they placed on our table. I would love seeing my mother make traditional Polish dumplings called Pierogi on an almost-industrial scale ~ Ren Behan, My Inheritance Recipe, delicious.magazine 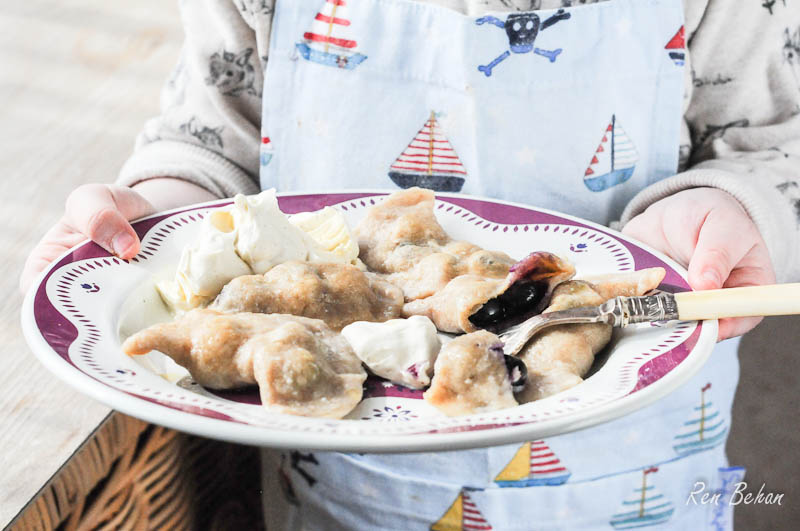 This recipe is also featured on LoveFood.com