A cold winter’s day really only demands one thing – a warming bowl of chicken soup. My favourite word this week when describing soup was ‘restorative’ – exactly what this soup is. This is my mother’s Polish recipe for a soup called Rosół z Kury, a clear soup, usually served with homemade egg noodles or dumplings. It can be made on the stove, in which case it just needs to simmer very, very gently for up to two hours, but I discovered this week that it’s even easier to make slow cooker chicken soup, which needs hardly any babysitting at all. The trick to making a very clear stock soup is to never  let it boil rapidly, which is why it works so well in the calm and consistent heat of a slow cooker. Usually I make my own plain, poured noodles, or Lane Kluski, but this week I tried it with some tiny egg gnocchetti, similar to Spatzle, I found in the fresh pasta section of the shops. 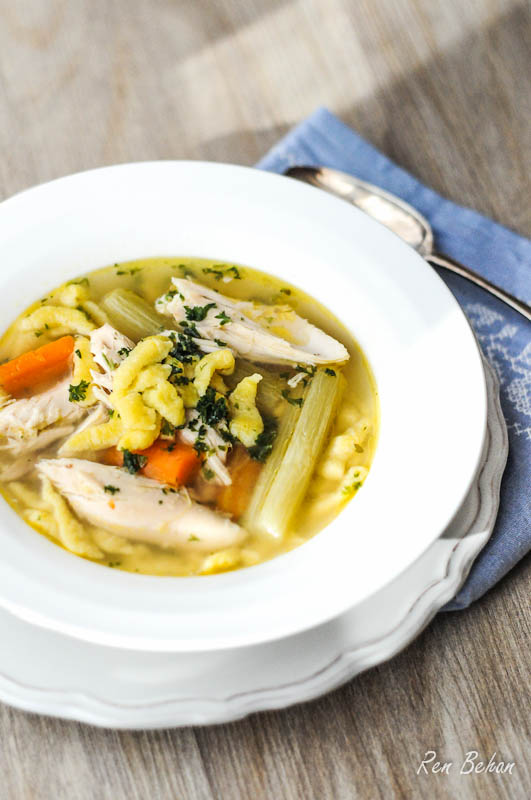 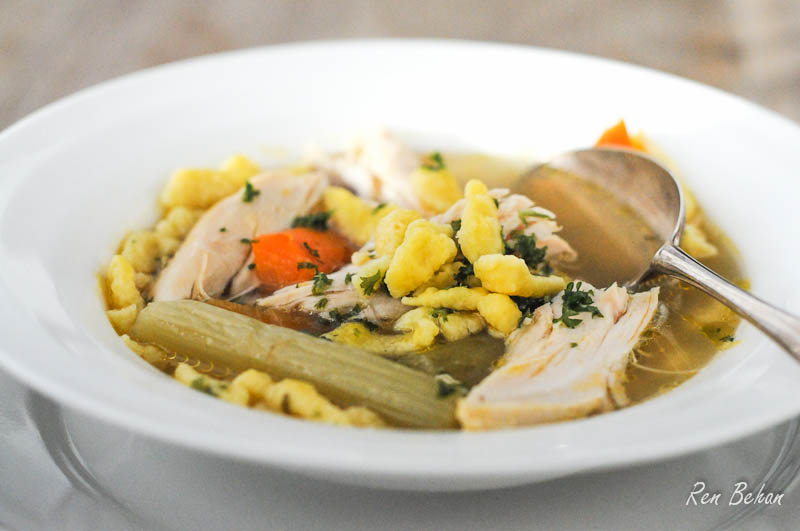 Lots of you have been getting in touch to say that you’ve been trying my recipes – the Chorizo, Chicken and Chickpea Soup was a big hit, as was the Slow Cooked Beef Brisket. Keep letting me know how you’re getting on. I’d love to see you photos on my facebook page, too.