I’m back! Now, it may look like I have neglected my blog recently, but in fact, as well as a wonderful family holiday in Wales there has been lots of behind-the-scenes work going on with an exciting new re-design of Fabulicious Food! to be revealed shortly.  We’ve been hooked on the London 2012 Olympics, too, with much of our holiday being punctuated with watching plenty of the high-adrenalin action taking place on the world’s greatest stage. Team GB’s achievements have been so inspiring and for the first time in a very long time, my attention was completely taken away from food. That’s quite something. And now comes the void. What to watch now? How best to avoid that huge pile of washing in the corner?

The good news – now that we are so exhausted from taking in the fitness and prowess of some of the most dedicated sportsmen and women of the world, we can have a little rest (!) by taking part in the spectatorship of series three of The Great British Bake Off.  Perhaps we’ll even have a go at some of the recipes ourselves, but having been inspired by the Olympics, we can balance our baking and eating of cake and pies with a little bit of light activity, too?

Back again are Mel and Sue, along with British baking legend Mary Berry and ‘Silver Fox’, Paul Hollywood. And of course the hopefuls – 12 fresh faced ‘home cook’ contestants (none of them familiar faces, yet) ready to be put through their paces as they bake their way to the final. I think I am more excited by this series of the Bake Off perhaps than before, because I’ve really enjoyed following the progress of some of the previous years’ contestants and possibly because my own interest in baking has evolved.

From Series One, Edd Kimbler, Miranda Gore Browne and Ruth Clemens have gone on to achieve some great things, including writing cookery books. Series Two also uncovered some incredible foodie talent, with Joanne Wheatley, Holly Bell, Jason White and Urvashi Roe all being particularly friendly on Twitter and still following their foodie dreams. You may remember that Urvashi recently hosted Simple and in Season for me – she is an incredibly talented blogger and food writer and I have loved following her journey in particular.  There are always plenty of baking tips being shared as the competiton unfolds and I’m sure there will be many more tips to pick up as we begin watching tonight.

I am excited that we’ll all be able to ‘tweet along’ with the contestants and judges and hopefully ‘bake along’ as the series progresses. The series will include challenges such as the Signature Bake, the Technical Bake and the Showstopper Bake and will include cakes, pastries and bread-making. Series Three is also supported by a new Great British Bake off book. 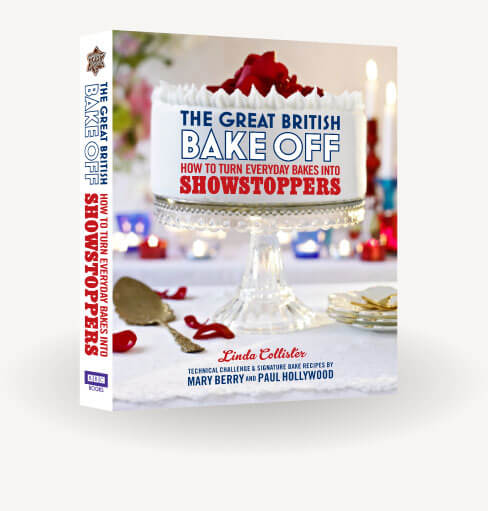 So, brace yourselves. Apparently, the infamous squirrel from Series Two now has his own agent. Some of the contestants already have blogs (which I look forward to discovering) and tonight we may see some serious rum baba action as the contestants are put through their paces.

The series begins tonight (August 14th) at 8pm on BBC Two and will run for ten weeks.

I’ve also spotted a new official iPhone app called The Great British Bake Off App available to download for £2.99 giving you access to recipes and additional features such as shopping lists and favourite recipes. I’ll be reviewing this soon.

Will you be tuning in? Who has been your favourite contestant to date?